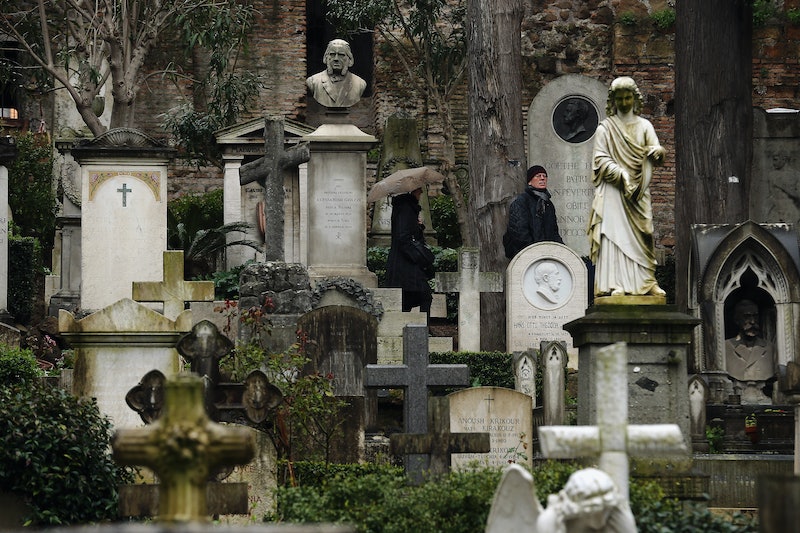 From the moment I could read, I devoured everything I could get my hands on. Like all readers, however, I had favorites. The other day I was thinking about some of my favorite books as a kid, and an alarming pattern began to emerge. As a young reader, I was apparently drawn to books that didn’t just include death, but that made death a major part of the plot. I thought that my neurotic personality developed during my teenage years, but apparently it kicked in a little earlier.

But it wasn’t just me that was apparently obsessed with my own mortality, right? After all, these books were classics. I don't know a single one of my book-loving friends who didn't grow up reading one or all of these stories. So the real question is: Why are some of the most classic children's and YA books so hell-bent on reminding young readers of their unavoidable deaths?

I’m not saying this is necessarily a bad thing. In fact, a part of me thinks it’s awesome. Kids are capable of handling a much broader range of emotion than they’re usually given credit for, and learning to cope with grief and death through their favorite stories prepares them for having to deal with these issues in the real world. Plus, everyone should be a little morbid sometimes. Apparently, these six books agree:

Oh my god. It’s been years since I’ve read this book and I still can’t think about it without curling up into a ball and trying to hold my feels in. A family of accidental immortals befriends a young girl and tries to explain how their immortality is both a blessing and a curse. We see their “gift” lead to Miles being abandoned by his wife and child, and learn about Angus’s desperate suicide attempts. This is not a book that makes eternal life look glamorous. The most heartbreaking, of course, is the love story between Winnie and Jesse. The moment that she chooses to give up an eternity with Jesse and live out her natural life is crushing, but nothing compares to when the family finds her tombstone at the end.

Excuse me, I’m going to go lie in the fetal position and think about life now.

J.M. Barrie’s principle goal in writing Peter Pan seems to be reminding little kids that one day they, too, will get old and die. The very first paragraph of the very first page of the very first chapter is about Wendy discovering her own mortality. “Mrs. Darling put her hand to her heart and cried, ‘Oh, why can’t you remain like this forever!’…henceforth Wendy knew that she must grow up. You always know after you are two. Two is the beginning of the end.” That’s right, a 2-year-old is making peace with her eventual death. Not to mention that the story ends with all of the Lost Boys growing up to become boring adults who don’t believe in magic, and Wendy having to watch her younger daughter take her place by Peter’s side. Because, you know, getting old means that you can’t fly or go on adventures or enjoy life. God, Barrie made growing up seem like the worst thing in the world.

A Series of Unfortunate Events Series

J.M. Barrie might be the first author on this list to remind children of their impending doom, but Lemony Snicket decided he didn’t go nearly far enough. So, besides constantly putting his three young protagonists in danger, Snicket made damn sure that there would be no happy endings for the poor Baudelaire orphans (that’s right, the entire series starts with the death of their parents and the loss of their childhood home). What better way to remind kids that they aren’t immune to the hardships of the world than by putting their beloved characters in the hands of bloodthirsty villains who will do anything to get their hands on their inheritance? Or make sure that they’re surrounded by well-meaning but incompetent adults, to show young readers that they can’t always rely on their loved ones to protect them? Now that I’m thinking about it, I might be able to pin a lot of my cynicism on Lemony Snicket, who single-handedly tried to destroy my childhood innocence.

Forgive me, but this is the only book of the Time Quartet that I’ve read. But, if the other books are anything like this one, I don’t think my adolescent anxiety could have handled them. As a kid I was deathly afraid of the end of the world, a fear that was not at all soothed by A Swiftly Tilting Planet. Seriously, imagine sitting down to Thanksgiving dinner and getting a call that the end of the world was unavoidable. As in, “Enjoy the turkey folks, because in a few hours this entire planet will be a fiery hellscape.” What do you do with your last few hours alive? (If you aren’t traveling in time with a winged unicorn trying to save the world, that is.) I still think about this sometimes. This book ruined me for life.

I mean, it’s a series about killing God. Philip Pullman himself has said that. And it’s kind of hard to not think about your own puny, mortal mortality when even God’s life is on the line. Whether or not this book affected you might have something to do with your upbringing. As a good little Catholic girl, this was major. What if everything I thought about the Church was wrong? What if Christianity really is nothing more than a “very powerful and convincing mistake”? WHAT IS LIFE EVEN? Cue an adolescent brainmelt and subsequent reevaluation of your place/endpoint in the universe, courtesy of Pullman.

I was good until Book 4. I mean, there was death in the first three books, but shit didn’t start getting real until Goblet of Fire. When J.K. Rowling killed Cedric Diggory, she sent out a pretty clear message: NO ONE IS SAFE, NOT EVEN HANDSOME MAGIC CHILDREN. From then on the entire series was basically just a bloodbath. It’s impossible to watch your favorite characters face death time and time again and not wonder what you would do in their shoes. When Sirius Black said, “There are things worth dying for,” 15 year-old-Shaun was forced to reflect on her life and decide what she would be willing to die for. That’s some pretty heavy crap.

More like this
Netflix Shut Down 'Bridgerton' S3 Rumours About A “Very Dark” Storyline
By Bustle
We’ve Entered The Hot Boy Reader Era
By Samantha Leach
Rupert Grint Just Shared A *Major* Update About Ron Weasley’s Future
By El Hunt
10 Equally Romantic & Heartbreaking Books From British & Irish Authors
By Shahed Ezaydi
Get Even More From Bustle — Sign Up For The Newsletter
From hair trends to relationship advice, our daily newsletter has everything you need to sound like a person who’s on TikTok, even if you aren’t.