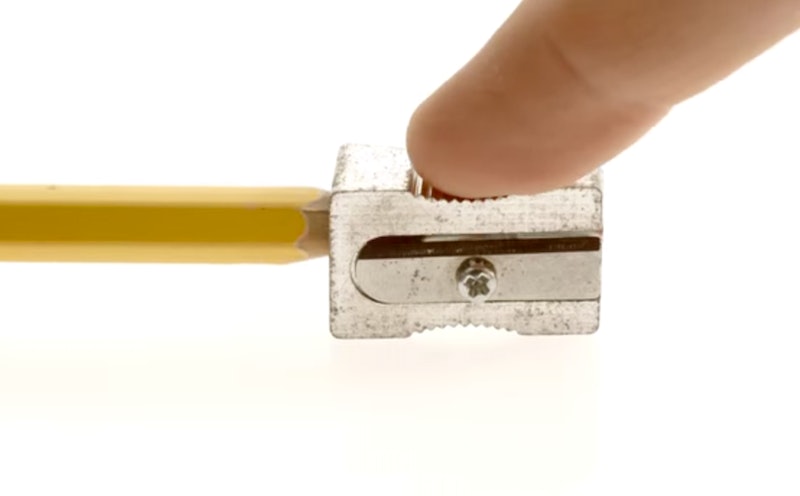 There's an old adage in advertising that "sex sells," and this interesting, er, commercial is taking that idea to a whole new level. A Slovak artist has created the world's first advertisement for sex. Because, I guess, the human race was in danger of letting it become just a passing fad?

The 26-year-old filmmaker behind the ad, who goes by the name Matus The First, says that the ad really isn't meant to sell a product, not even the pencils and pencil sharpeners that serve as metaphors throughout the short film. Instead, it's just meant to remind people that sex is a thing and that you should, you know, have some.

And why was this necessary? Well, it seems that the artist thinks that lots of people have a bad attitude towards sex, especially when it starts to feel like a routine. He told The Mirror "I felt though that in some cases it might be important for people to change something in their minds, and this commercial is not only about sex but also about thinking." And he might have a point; people do have all sorts of weird attitudes about sex — not to mention strange ideas about sex positions. Still, the ad isn't actually advocating for any particular approach to sex — it's just trying to make sex seem appealing.

Because, apparently, sex doesn't do that well enough on its own?

Anyway, if classical music and images of pencils being sharpened gets you hot and bothered, you are clearly the target demographic for this (mildly NSFW) ad, so enjoy!

More like this
Jennifer Coolidge Got A Lot Of “Action” Thanks To 'American Pie'
By Catharina Cheung
Hinge's New NFAQ Feature Is Demystifying Queer Dating
By Emma Carey
The Best Time To Date After A Breakup, According To Experts
By Bustle Editors
How Do I Deal With Both ED & Premature Ejaculation?
By Sophia Benoit
Get Even More From Bustle — Sign Up For The Newsletter