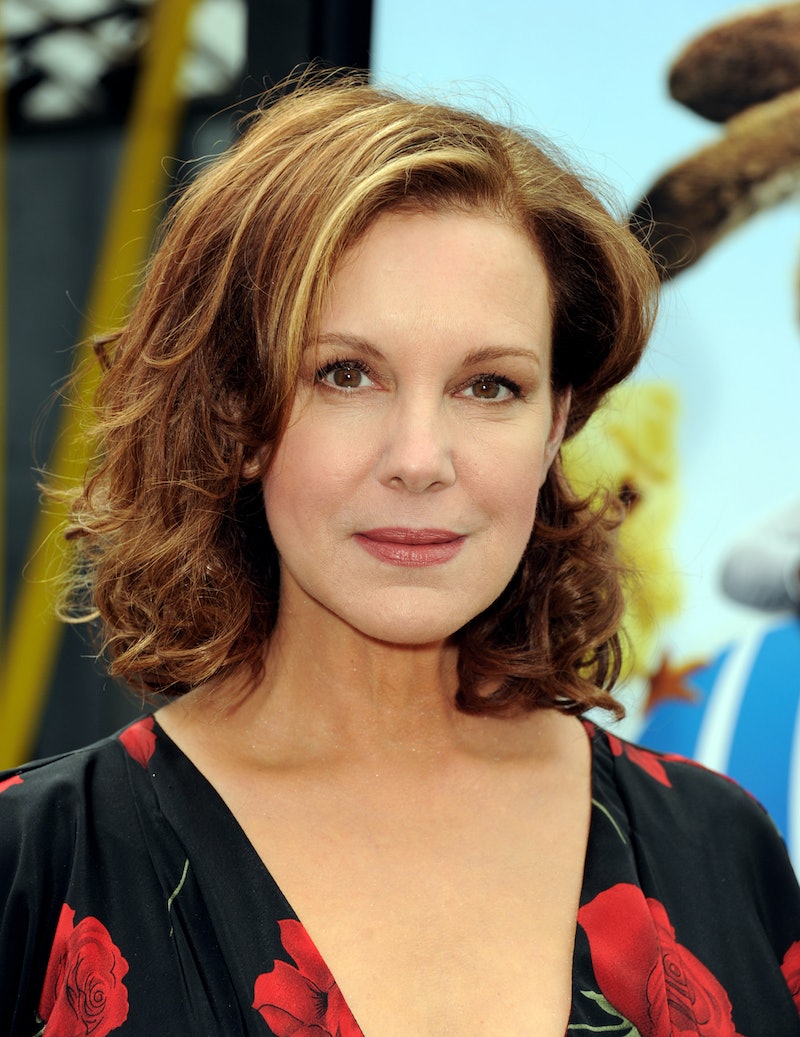 While ABC's new drama How to Get Away With Murder has seduced us all with a mysterious puzzle to solve, the show still remains a legal procedural on some level. The same way Grey's Anatomy taught you about weird diseases in between trips to the on-call room. Annalise Keating and her team of associates and students will take on a new case each week and galavant with a new guest star. I shrieked with joy when Ugly Betty's Ana Ortiz appeared last week as a soccer mom with a dark secret. This week, actress Elizabeth Perkins will play "Marren Trudeau, founder and CEO of a major brokerage firm, who has recently been arrested for insider trading" according to ABC's official press release. This is already intriguing because what does insider trading have to do with murder? She's sure to have some tricks up her sleeve. So, what is HTGAWM Episode 4 guest star Elizabeth Perkins from?

While the comedienne may be best known today for television appearances, her resumé is stacked with film credits that span over several decades. What I'm trying to say is, if you're a '90s kid, you might be a Perkins fan without even realizing it. Let's dig into her history before her How To Get Away With Murder guest star turn.

I always forget that Perkins was in Big , the Tom Hanks movie about a little boy who wishes to be a grown up (and, wouldn't you know it, he gets his wish). It's like Thirteen Going On Thirty, but with a dude. The future Emmy nominee played a toy company executive and Hanks' love interest, sort of. Don't think about it too hard. It gets weird.

Of course, what most of us know Perkins best from is the Showtime Comedy Weeds. She played Celia Hodes, the seemingly stereotypical PTA mom you love to hate who battled cancer, kidnapping, and a whole lot of mess. To call her Nancy Botwin's "frenemy" would be a disservice to the rich, hysterical and despicable character that Perkins created. She was nominated for three Emmys, two Golden Globes, and two Screen Actor's Guild Awards for the role. If you haven't seen Weeds, I can't recommend it enough. It was created by Jenji Kohan, who is now a household name thanks to Orange Is The New Black. The satire is on point. It's the perfect Netflix binge.

Let's jump back in time. After a successful stage career, Perkins' first screen role was this 1986 romantic comedy with Demi Moore, Jim Belushi and Rob Lowe. Bet you didn't know Celia Hodes was practically part of the Brat Pack, did you? Well, this was her screen debut. You may no have seen it, but you certainly recognize the name becuase it was remade last year with Kevin Hart and Regina Hall.

Now for your daily cry. Perkins was the voice of Coral, Nemo's deceased mother. Rest in Peace, Coral.

Here's another blast from the past: Perkins played (yell it with me) Wilmaaaaaa in the 1994 live action adaptation of The Flintstones.

You may also have caught Perkins in the short-lived ABC sitcom How to Live With Your Parents (for the Rest Of Your Life) with Brad Garrett and Sarah Chalke. (Now we know why the network thought HTGAWM was an acceptable length, title-wise.) Or, if you're watching movies with your parents instead, she was also in the Mara Wilson remake of Miracle on 34th Street and the romantic comedy Must Love Dogs. Finally, she was in The Ring Two. I'm not a fan of horror films, so I don't have much to say about that. But perhaps that darker fare will do her well in How To Get Away With Murder on Shondaland Thursday.