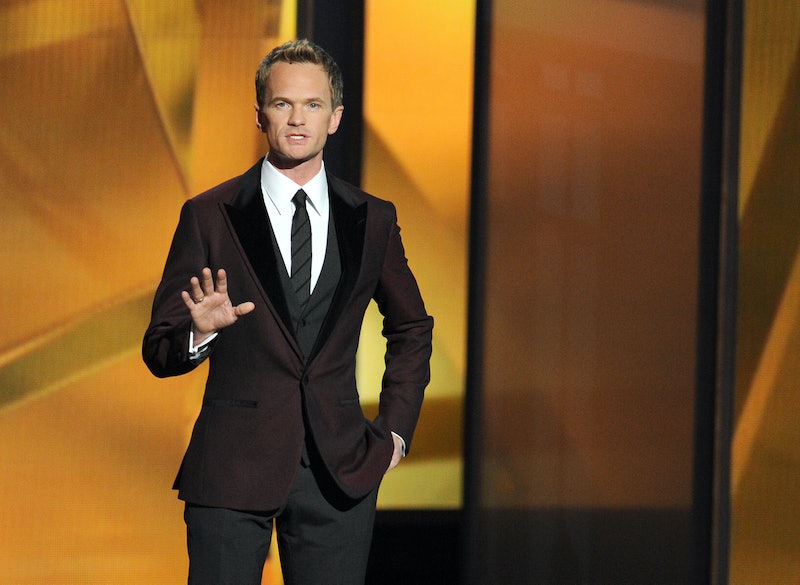 Tony winner and How I Met Your Mother star Neil Patrick Harris is a man of many talents. One of those talents, as evidenced by recent years, is undoubtedly that of host. This time around, he'll be flexing those muscles for the Academy: Harris is hosting the Oscars in 2015. That sounds about right.

Harris is no stranger to the hosting stage: He's hosted the Emmys, and he's hosted the Tonys four times. The latter makes him the person with the second-most Tony hosting gigs to their name — only Angela Lansbury beats him, with five — and it's gotten him three Emmy wins, in turn.

This will, however, be Harris' first time hosting the Oscars. It's also bound to be a less boring ceremony than usual, because in my humble opinion, the Oscars are at their best when they try to pretend they're the Tonys and pack as much musical theater parody in there as possible. Ellen DeGeneres' celebrity selfie may have gone mega-viral, but give me a song-and-dance number trying to rhyme Benedict Cumberbatch's name any day.

Harris hosting will also leave room for more bits about the imaginary feud between him and Hugh Jackman, who's also hosted both the Oscars and the Tonys.

As they gear up for that, though, let's just watch this sweet video of Harris announcing the gig over and over:

As well as this proof that he'll do an amazing job: