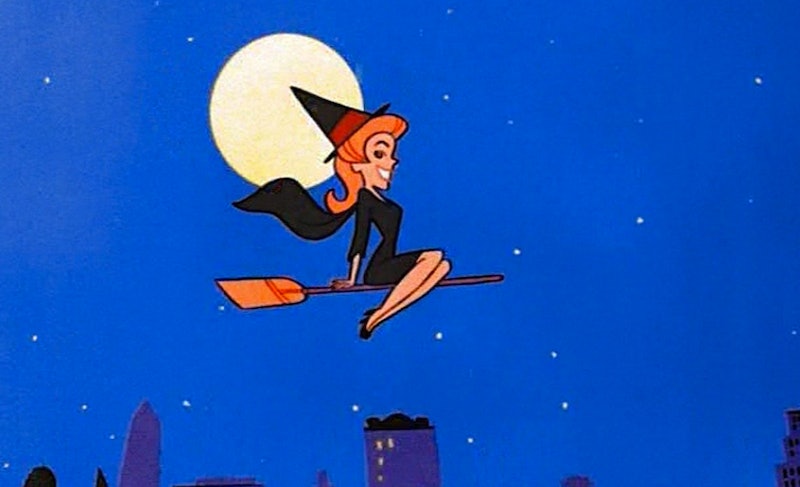 In news that feels cyclical rather than newsy, Bewitched is on the table to be remade. If it ever left the table is a pretty valid question, but there it is: Lurking. Just waiting for some Hollywood exec to have a day of creative constipation. But here's the thing, guys: This remake culture of ours is a completely opt-in situation. We don't have to remake everything that's ever happened.

Bewitched, the first witchy show to make any kind of mark in TV's long history of witchy shows, is 50 years old this year. This means, of course, that Sony is now shopping a modern remake around, and according to Deadline there are a couple of networks interest. And this is hardly the first time in recent years that the idea of a Bewitched remake has been broached. Have we already forgotten the 2005 Nicole Kidman and Will Ferrel? Granted, it was completely forgettable, but there was also a more recent attempt in 2011 to get something Bewitch y off the groun.

*Whines* You guuuyss. We don't have to do this. There are plenty of other witchy ideas out there. But as The A.V. Club's Sean O'Neal put it when talking about the Ghostbusters reboot, "somehow, 'Let’s Just Not Do It' has never been considered as an option."

And so a Bewitched reboot will probably happen, if not this time around then a few years down the line. And part of me has accepted this, because it's literally my job to stare at headlines all day about all the different remakes and reboots that are happening in Hollywood.

But just because it's gonna happen doesn't mean we can't roll our eyes and let them know how dumb this is. As one Mary Sue commenter said the last time around, "Oh, man. I just looked into my crystal ball and realized that they are totally going to remake Baywatch."

We must prepare ourselves for this inevitability the best we can.