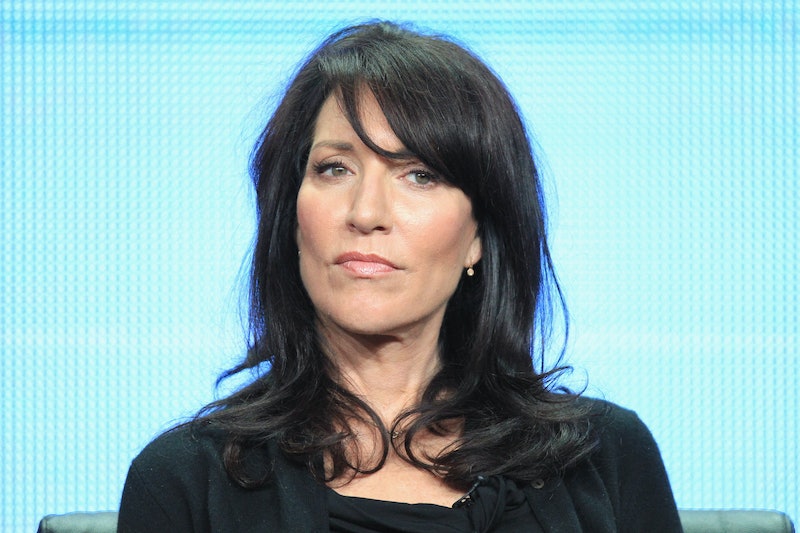 One of NBC's new fall comedies, A to Z , borrows from the late great How I Met Your Mother . For the time being, I'll allow it, if only because I'm all still going through horrible HIMYM withdrawals, but then again that might only be me. The most obvious similarity between formats is the fact that A to Z employs the use of an all-knowing narrator, just like future-Ted and his very long story. But no, it's not Zelda from the future — the narrator is played by TV veteran Katey Sagal, who appears to simply be a woman who really wants to tell us this love story in the most soothing voice ever.

Personally, I think Katey Sagal is a great choice for narrator — and, ahem, probably would have made a great one for the almost-series How I Met Your Dad. Why? Because whether you realize it or not, Katey has played basically a thousand moms all across television before. Heck, if I were to make a movie of my life, I'd probably cast Sagal as my mother. Her work on the small screen expands way beyond just motherhood, though. Where else have you seen her, and heard her voice?

For 10 years and 250 episodes, Sagal played Peg Bundy, who we aspire to be like one day. Sure, she was lazy and filled most of her days by binge-watching Oprah and spending money like it was going out of style, but isn't that how we all wish we could spend our time? At the end of the day, she was a loving and caring mother.

In her second starring role as a mom on TV, Sagal played Kate, the matriarch of the dysfunctional Hennessys, which also included Kaley Cuoco and John Ritter in his last role. Personally, I loved 8 Simple Rules; it was like the three-camera predecessor to Modern Family, and the jokes were fast and sharp. Somehow, Sagal's Kate managed to keep it all together, and was bascially a complete 180 from Peg.

Now, for a completely different mother role, Sagal plays Gemma on Sons of Anarchy, the very tough mother who will do anything to protect the Sons of Anarchy Motorcycle Club. So what if she's killed a few people in her day? She's simply trying to protect her family, as any mother would.

Disney Channel Original Movie alert: Sagal played the "mom" in this made-for-TV movie. It's basically a really watered down 2001: A Space Odyssey about a family who is being controlled by their home computer named Pat. Don't worry, it has a happy ending and no one dies, phew. It mostly features Sagal's voice as the powerful house computer, but she does make an appearance towards the end, to have a talk with the son of the house, a young Ryan Merriman.

Saga has voiced Leela on the long running — and sometimes canceled — Futurama from the very beginning (that's 140 episodes). While it might be lingering in cancellation right now, it's happened before, and the show could always earn another revival.