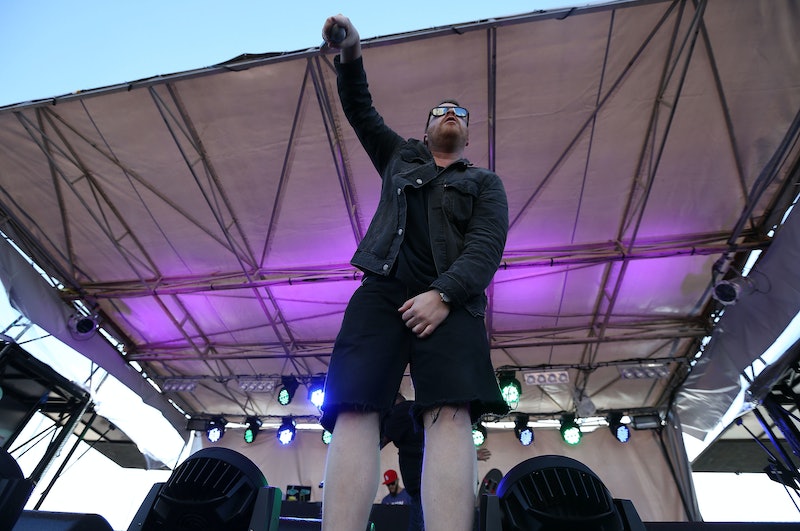 Sure, Kickstarter can create some terrible things (potato salad, anyone?) but it can also bring in some wonderful ideas birthed from the womb of the Internet. Case in point: Meow the Jewels , otherwise known as a remix of Run the Jewels 2 , the second album from Run the Jewels (made up of rapper Killer Mike and rapper-producer El-P), made entirely with cat sounds. The idea wasn't hatched by the group itself, but rather a cat-loving, hip-hop obsessed fan (who has yet to identify himself) created the Kickstarter for the idea.

Meow the Jewels has raised money beyond its $45,100 Kickstarter goal, transforming it from a goofy Internet dream to a smart, full-fledged reality. What's more is it has the support from one-half of Run the Jewels, El-P, who has been tweeting excitedly about Meow the Jewels practically since its inception. And now it has a long list of acclaimed producers to boot: El-P himself, Just Blaze, The Alchemist, Geoff Barrow, Skywlkr, Zola Jesus, Nick Rook, Baauer, De La Soul producer Prince Paul, Dan The Automator, Boots, and Tier Contributor Solidified Sun, all of whom will create beats for the remix album using cat sounds in a glorious union of adorable cats and hip-hop.

If that weren't somehow enough, El-P has pledged that any profits he makes from the album will be donated to the family of Mike Brown, who was the victim of a police shooting earlier this year in Ferguson, Missouri.

Meow the Jewels doesn't yet have a release date, but until then, you could just listen to Run the Jewels while your cat is meowing. See? It's purr-fect.