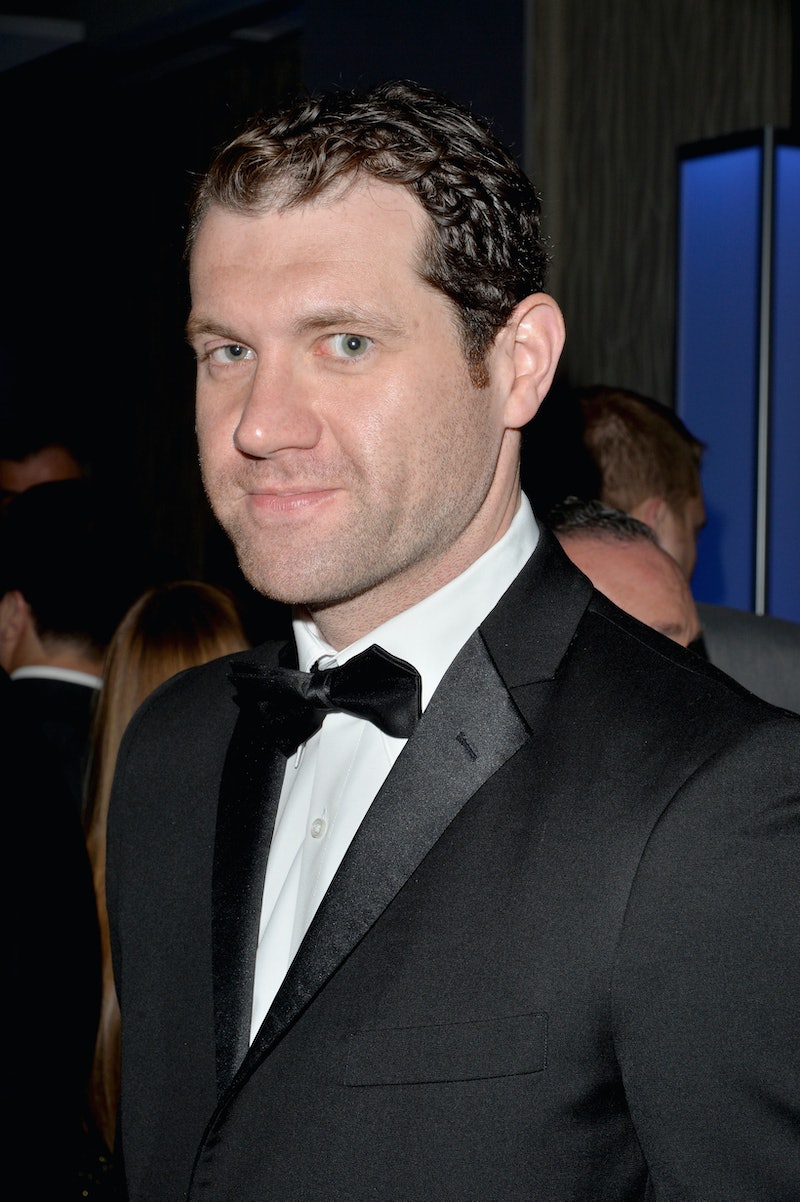 Your favorite high-energy comedian from YouTube series Billy on the Street, Billy Eichner, is coming to visit New Girl . And not just any New Girl episode...a Christmas episode! Eichner is set to appear on the December 9 episode as Barry, an airline representative that the gang encounters when trying to get out of Los Angeles for Christmas. Will he be happy to see the gang? NO HE WILL NOT! (For the full Billy Eichner experience, please read the rest of this article in caps lock.)

Of course, this isn't Eichner's first time on a network television sitcom. The comedian also has a small part on Parks and Recreation, playing former Eagleton government worker Craig Middleton. And really, these small parts are the best way for Eichner's particular brand of comedy to shine. Since he's not a regular character, he can be as outrageous as he wants...because as even fans of Eichner know he's the kind of character best taken in small doses. Like hot pepper, or perhaps cloves, or a better food analogy because I don't know that much about cooking, a little Billy Eichner goes a long way to spice up a show.

So as a little preview for his appearance on New Girl, here are some of his best moments as Craig on Parks and Recreation.

Craig Looks at Some Cute Dogs

Perfectly summing up how everyone feels about Jean Ralphio and Mona Lisa. Also, reality television.

Oh, my God. Using this pun for the rest of my life.

The Reason Craig is This Way...