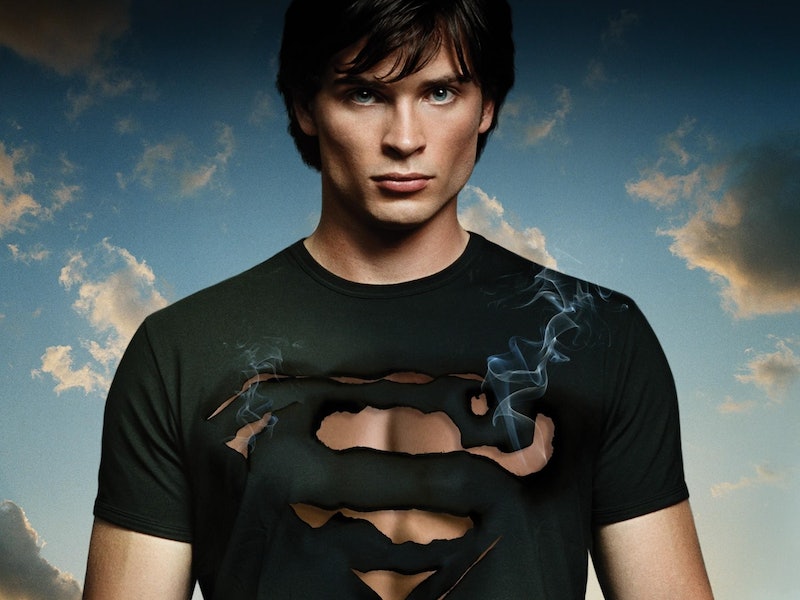 There have been many men who dared to don the red caped crusader known as Superman throughout the years, but for me, no one ever managed to embody the character more than Smallville 's Tom Welling. I mean, just look at the guy. That chiseled jawline; those intense green eyes; that ridiculous six pack — he's just how you would envision a young Clark Kent to be. And to see him transform from a shy, timid high school boy to the iconic Man of Steel was truly quite a sight to behold.

And though the logical part of me knows that Superman (probably) isn't real, every time Welling graced my TV screen, I couldn't help but second guess myself. He was just that convincing. (Or maybe I'm just that naive? Is Tom Welling MY kryptonite?!?!) Either way, you couldn't help but get drawn into his Metropolis world of heroics.

Believe it or not, it's been 13 years now since Smallville first premiered, so what better way to celebrate its anniversary than by looking back at all the times Welling made us believe he really was The Last Son of Krypton and provided definitive proof that we were actually in the presence of Superman. Behold: the ultimate Man of Steel!

Every Time He Rocked a Red Jacket

Which was at least 85 percent of the time. The rest of the time was either dedicated to wearing a blue T-shirt or red and black flannel. (And boy did he know how to make it work.)

When He Carried the Weight of the World on His Shoulders

Which, in this image, could be taken quite literally. And just look at that stoic expression. Someone put this guy's face on a dollar bill or something.

When He Flew Through the Air With the Greatest of Ease

Every Time He Rescued an Innocent

You may have almost just been killed by a dangerous, psychotic villain, yet somehow you're suddenly having the best day ever. Consider yourself Welling-ed.

When His Sex Appeal Was More Powerful Than a Locomotive

Melting. I am physically melting, people.

When He Could Change Ensembles in a Single Twirl

Smooth, impressive, and sexy as hell. Now that's what I call a triple threat.

Every Time He Gazed Upon the City He Vowed to Protect

The strength and power he's able to exude from just one look never fails to surprise me.

Whenever His Double Identity Came Into Play

It's hard to say which one I find more appealing. (I'll take both, please!)

So thanks for everything, Tom Welling. Never change.