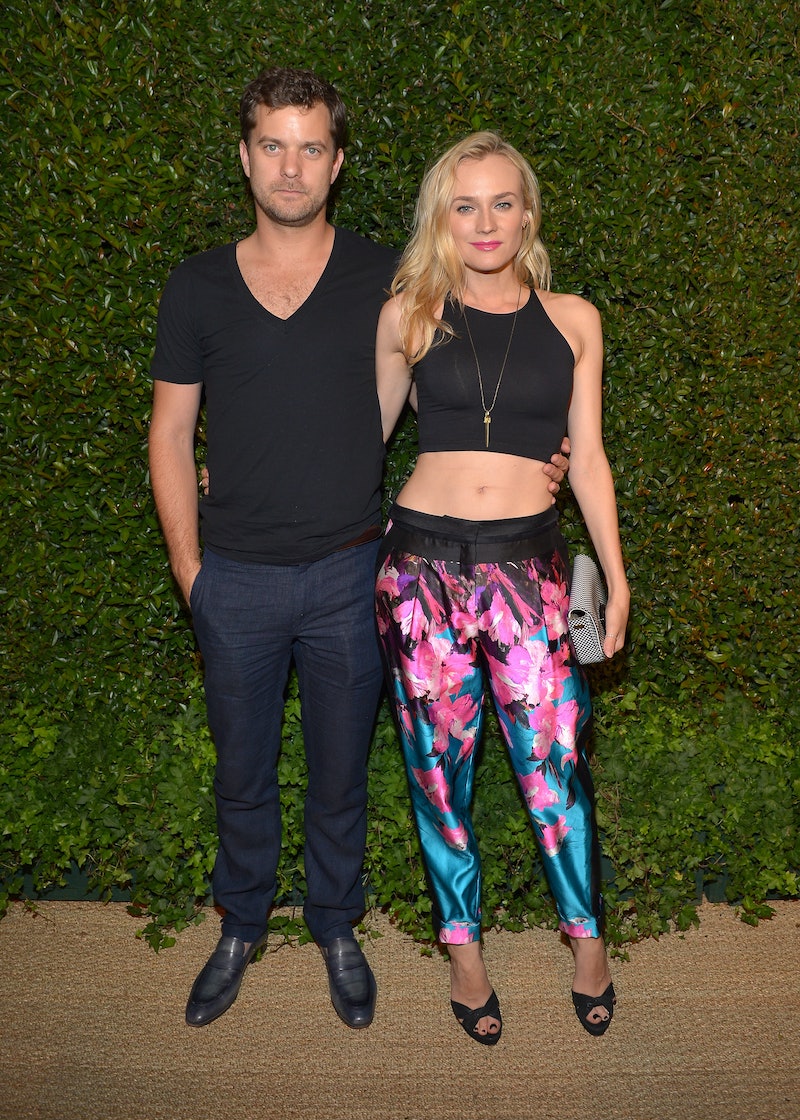 It's no secret that Joshua Jackson and Diane Kruger are probably Hollywood's cutest couple (don't worry, Kristen Bell and Dax Shepard — you're still Hollywood's cutest married couple!), so it's totally understandable that fans have been asking since they first formed their perfect little union in 2006: Why aren't they married yet? I mean, they've been together for over eight years, it's a perfectly logical question to ask. And now, it seems like we may have an also perfectly logical answer from the couple themselves. In a new interview with Glamour, Joshua Jackson revealed he and Diane Kruger haven't wed yet because they're "not religious."

"I can tell you why we're not married: We're not religious. I don't feel any more or less committed to Diane for not having stood in front of a priest and had a giant party," he explained. "We're both children of divorce, so it's hard for me to take marriage at face value as the thing that shows you've grown up and are committed to another person. But it may change at some point. We may get married."

This sort of mirrors something that Kruger herself said a while back when presented with the same question, so it seems the couple is firmly on the same page. In an interview with Metro this past summer, Kruger said: "I’m not married and don’t intend to be, and I never believed in love at first sight but I do believe opposites attract," she said. Considering she was married once before — to French actor Guillaume Canet (who himself is now married to Marion Cotillard) between 2001-2006, that is — it makes sense that Kruger might not be so willing to try it again, and it's good that Jackson seems to agree with her.

On the other hand, George Clooney said similar things as well, and he just got married to the lovely Amal Alamuddin, so...just sayin'.