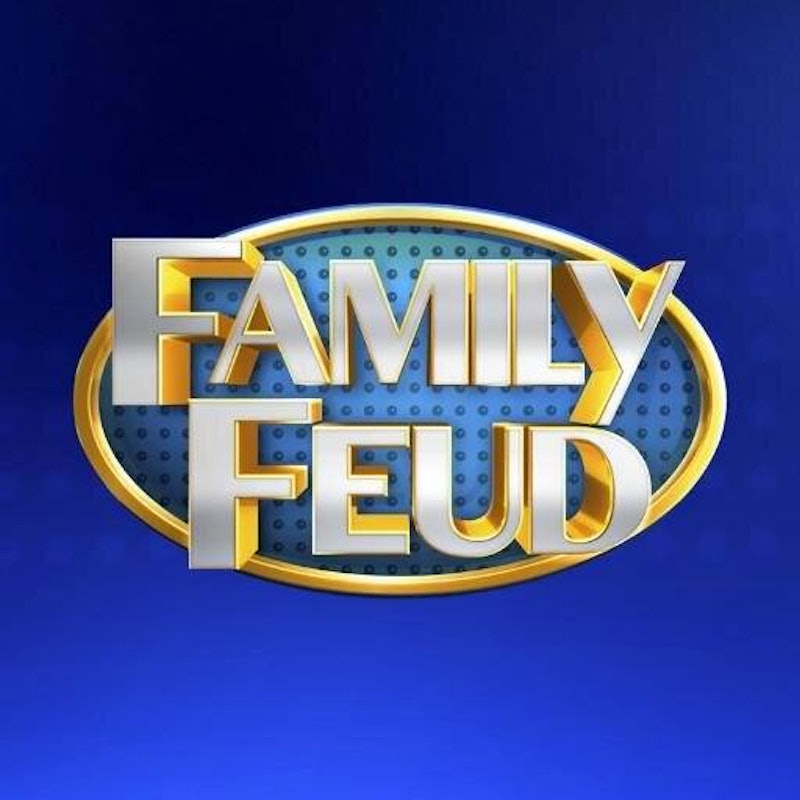 Somehow, every time I think all the sexism on TV can't surprise me any more, I end up with a rude awakening. This time, it came from the Land Down Under. Earlier this week, Australia's Family Feud asked a stupidly sexist question, and the answers will make you cringe.If you haven't seen the show, the premise is two families competing against each other by guessing the most popular responses to various survey questions. The results tend to be incredibly awkward and/or hilarious, and have led to an endless supply of fantastic gifs thanks to American host Steve Harvey's hilarious reactions to contestants' outrageous responses. I may not watch Family Feud, but I thank the Internet gods every day for all his amazing side-eye moments. (In fact, he may or may not make an appearance in this article — what can I say, the man knows how to convey disdain and disbelief in a single look. But I digress.)

On the latest episode of Australia's Family Feud, instead of asking any of the pretty much infinite number of less sexist questions available, the host asked contestants to "name something people think is a woman's job." What? Just... What?

Hey there Mr. Harvey.As you can imagine, the answers were so sexist you'll want to beat your head against the wall to distract yourself from the agony of what you're hearing. Or, if you're a normal person, you'll facepalm and take to Twitter. According to Jezebel, the contestants' answers included, "cooking, cleaning, hairdressing, nursing, domestic duties, dishes, receptionist, and washing clothes."Oh, and they made sure not to leave out the men, either. According to Mashable, responses to what a man's job should be were "builder, plumber, mechanic, carpenter and being a tradesman."I think my brain is broken. Time for more Steve Harvey.

Needless to say, people are raking Family Feud over the coals. Honestly, you can't entirely blame contestants for their answers, especially since they're supposed to come up with what they think the most popular responses will be—and that question was kind of a disaster from the get-go. So pretty much most of the blame is landing on the game show for this one. According to the BBC, people are taking to Twitter to call it "misogynistic," "sexist," and "disgraceful." My shriveled little feminist heart grew two sizes when I read that.

However, the outrage on social media was so widespread that Channel Ten actually apologized on the Family Feud Australia Facebook Page:

We apologise for including the two questions relating to what people think is a man’s job and a woman’s job in the episode of Family Feud which aired last night. The questions were ill advised and should not have been included in the show.

Even if it's probably just because of all the bad PR, at least they bothered to apologize. Maybe it even got a few of the show's writers thinking about the implications behind their questions. Let's see what Steve Harvey thinks.

Yeah, maybe not. But we can always hope!