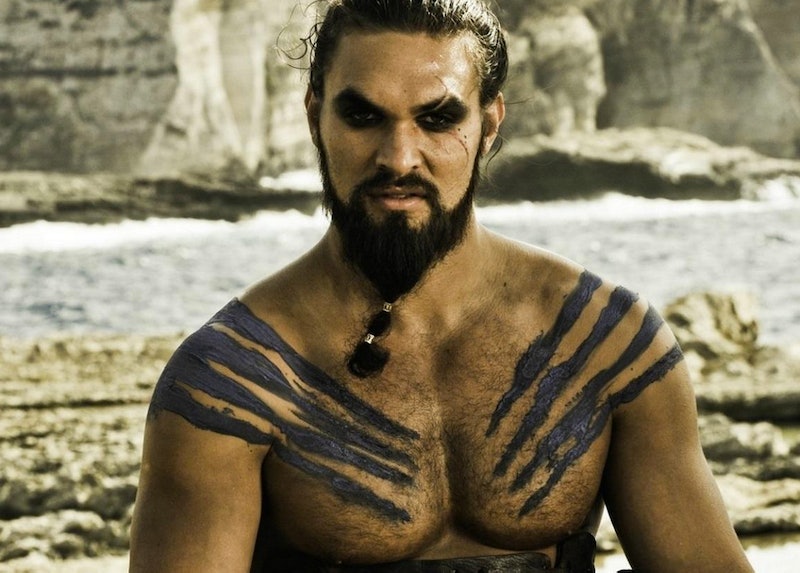 Most unburied audition tapes are tinged with the sort of whimsical nostalgia that comes with seeing an actor, often before they became known for the character they were auditioning to play, out of costume and striving for that role. Jason Momoa's Game Of Thrones audition, though? There's some nostalgia for Dany's sun and stars, but there's mostly BLINDING INTENSITY. Momoa definitely entered into Khal Drogo already at level 10 Dothraki.

Momoa only played Drogo for [spoiler alert but not really because c'mon] one fateful season before his character succumbed to a festering wound, but there's no doubt after watching this that he really nailed that role while he had it. In his audition the Hawaiian-born actor does a Maori haka dance, and...yeah, "intense" is still the operative word to describe it.

Next Momoa will be joining up with the Justice League as Aquaman — and getting his own solo film for the role in 2018 — so it'd be interesting to see his audition tape for that. You know, a compare/contrast of gearing up to play a Dothraki warlord and to play a water-lovin' superhero. I imagine the latter would instill less of a desire to cower in submission, but I could be wrong, you never know what direction Warner Bros. is planning to go with Aquaman.