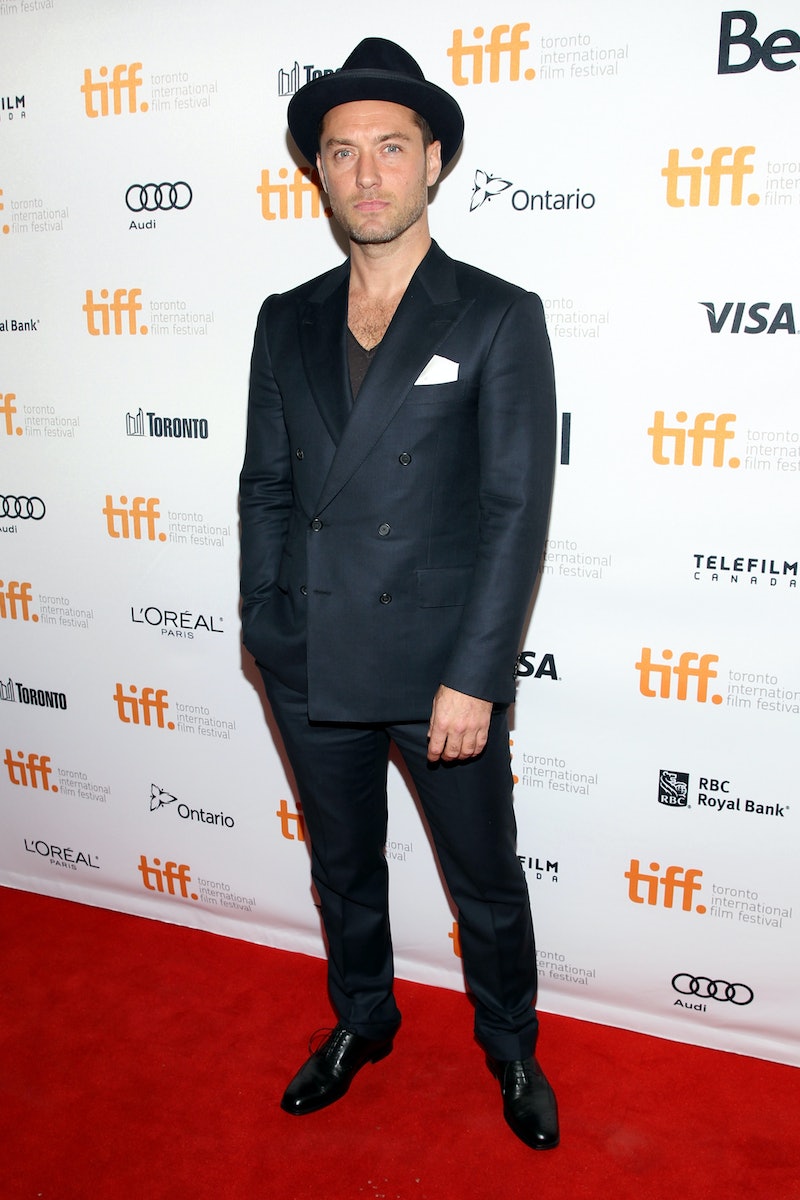 I don't know about you, but I haven't heard much about Jude Law since my crush on him circa I Heart Huckabees ended. For that reason, the latest news about him is really out of left field. Jude Law is expecting a child with his ex-girlfriend Catherine Harding. If you're thinking, Doesn't Jude Law already have a bunch o' kids?, you are right. This child will be Law's fifth. He already has three children with his ex Sadie Frost — Rafferty, 18, Iris, 14, and Rudy, 12 — and a 5-year-old daughter with his ex Samantha Burke, named Sophia.

Law's rep released a statement to People which reads,

I can confirm that Jude Law and Catherine Harding are expecting a child together in the spring. Whilst they are no longer in a relationship, they are both wholeheartedly committed to raising their child. They consider this a private matter and other than this confirmation no statement will be made. I ask that you respect the privacy of all parties involved and their families.

There is virtually no information available about Harding, making it clear that she isn't as well-known as some of Law's exes like Sienna Miller and Burke, who is a model. There isn't even record of them having dated on the Internet. I know, I know. It's crazy. But it sounds like both Law and Harding are ready to make co-parenting work, so congrats to the two of them!