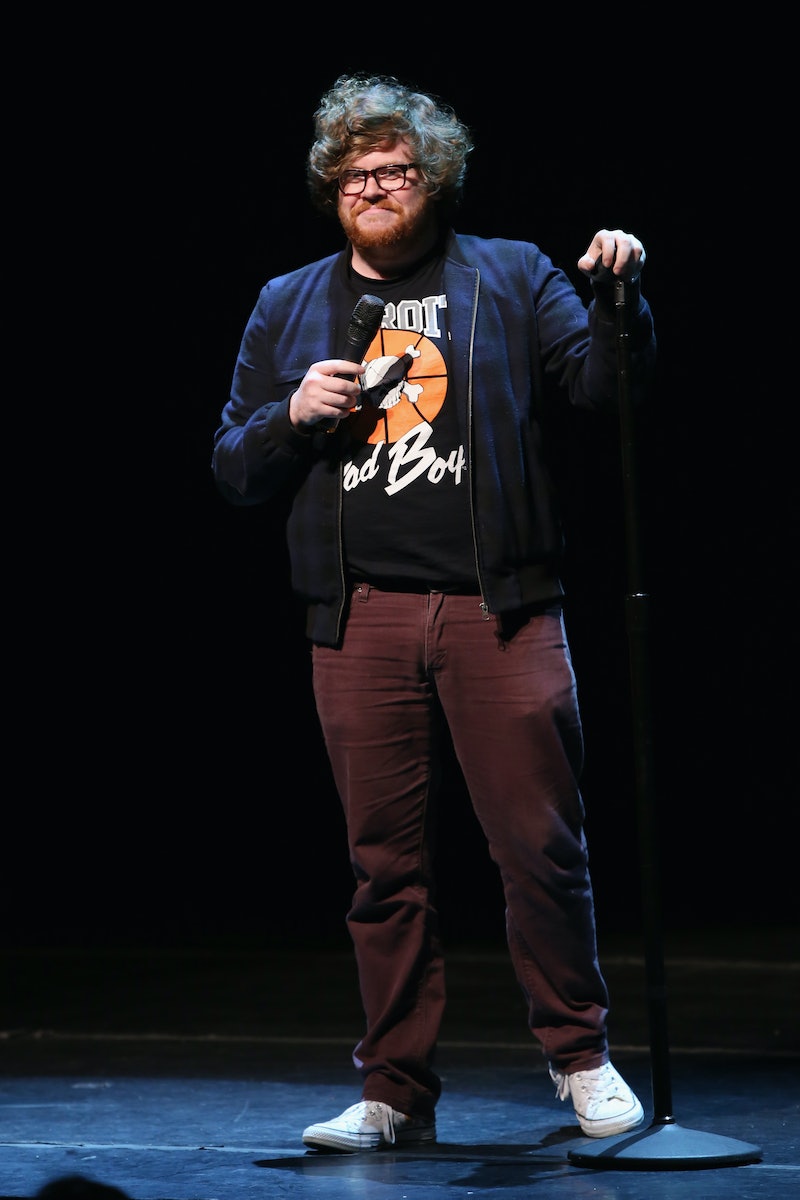 Mulaney isn't exactly the freshest show of the fall. But it has one of the most talented, likable casts on TV, from creator-star John Mulaney and Nasim Pedrad, who both did such great work on Saturday Night Live up until last season, to Martin Short, who did the same 30 years ago. Recurring Mulaney cast member Zack Pearlman, who plays the annoying drug dealer/sort-of-friend Andre, is having a breakout year. He's the least experienced member of the cast and even though his character is right out of the sitcom cliché book, he's really working to make his mark on the series. When you're competing with Elliot Gould for screen time and holding your own against Pedrad after only a few years of working in small parts, it's got to be overwhelming. But Pearlman is stepping up to the plate.

Pearlman's career got off to a strange start: he won an online contest with FunnyorDie to star in their movie, The Virginity Hit , a 2010 comedy mockumentary about high school boys documenting their friend's journey to try and lose his virginity. While it didn't quite set the world on fire a la Superbad, it was an impressive debut for a 22 year-old from Michigan who had never had a professional acting job before. Then he did something that many TV fans would consider sacrilege by starring in a misbegotten American attempt to remake classic Britcom The Inbetweeners in 2012. And while the story of teens who don't fit in has been a reliable trope for comedies on both sides of the Atlantic, MTV's adaptation of The Inbetweeners flopped quickly.

Pearlman has had a lot of small roles in beloved sitcoms, from Community to Workaholics, but Pearlman is probably best known for his extremely short role in an episode of Key & Peele as A-a-ron, one of the kids in Mr. Garvey the substitute teacher's class. Maybe he'll make an appearance in the Mr. Garvey movie that Keegan Michael Key and Jordan Peele are working on.

Next year, Pearlman will have a role in Anne Hathaway's movie The Intern, playing opposite Robert DeNiro, who takes an internship with Hathaway's company. This role could be Pearlman's film breakout. Hey, Hathaway's last movie about a high-powered fashion career woman that costarred an Academy Award winner was Emily Blunt's big breakout role, and now she's in everything. Maybe six or seven years from now, Zack Pearlman will be an action movie star and doing a musical opposite Meryl Streep.

Regardless of what happens to Mulaney, Pearlman is well on his way to establishing his own comedic voice. Hopefully he's able to add some extra punch to Andre, and the sitcom will start reflecting the talent of its cast.