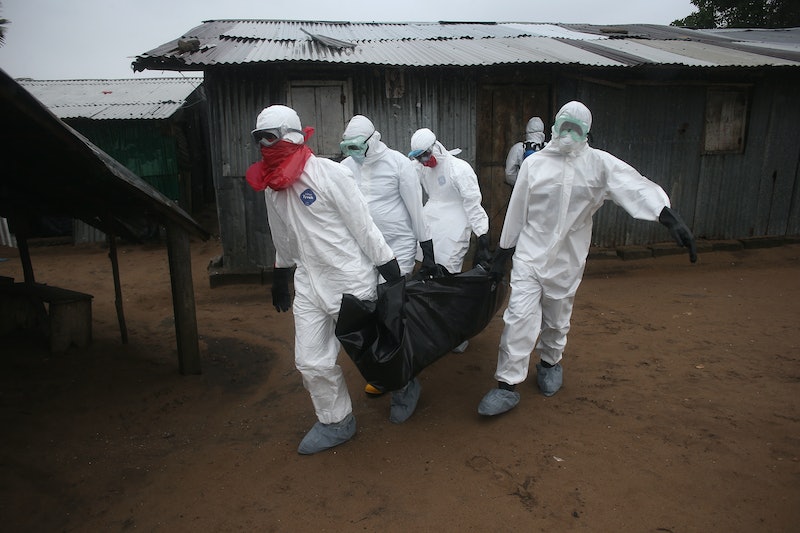 Only yesterday did I whine to the Internet about Hollywood's willful recycling of literally everything, and here we are today: A TV series about Ebola is being made. Ridley Scott is involved. Let this be an example of how timeliness is not always something to strive for.

In a little bit of fairness to Scott and producer Lynda Obst, according to The Hollywood Reporter the pair's been working for about a year, presumably before the March outbreak of the virus in Guinea that then spread to Liberia and Sierra Leone in the largest outbreak to date. Still, the current state of the disease is causing hysteria in the news cycle — prime bait for Hollywood executives, of course, but not necessarily the best of news for a production's perspective.

This particular production will air as a limited series and will be an adaptation of the 1994 Richard Preston book The Hot Zone: The Terrifying True Story of the Origins Of the Ebola Virus. So it could very well be educational — but chances of it rising about the current hysteria to actually say something about the tragedy and the crisis seem slim when we're more in the midst of it than every before.

Maybe the series will take a Social Network path and say something wider about humanity and the origin story — or maybe they'll miss something big by jumping the gun because we're still so thoroughly enmeshed in this story.

I love me some Thelma & Louise, but I've lost a little faith in Scott's perspective on the world when he cast so many white people in Exodus .