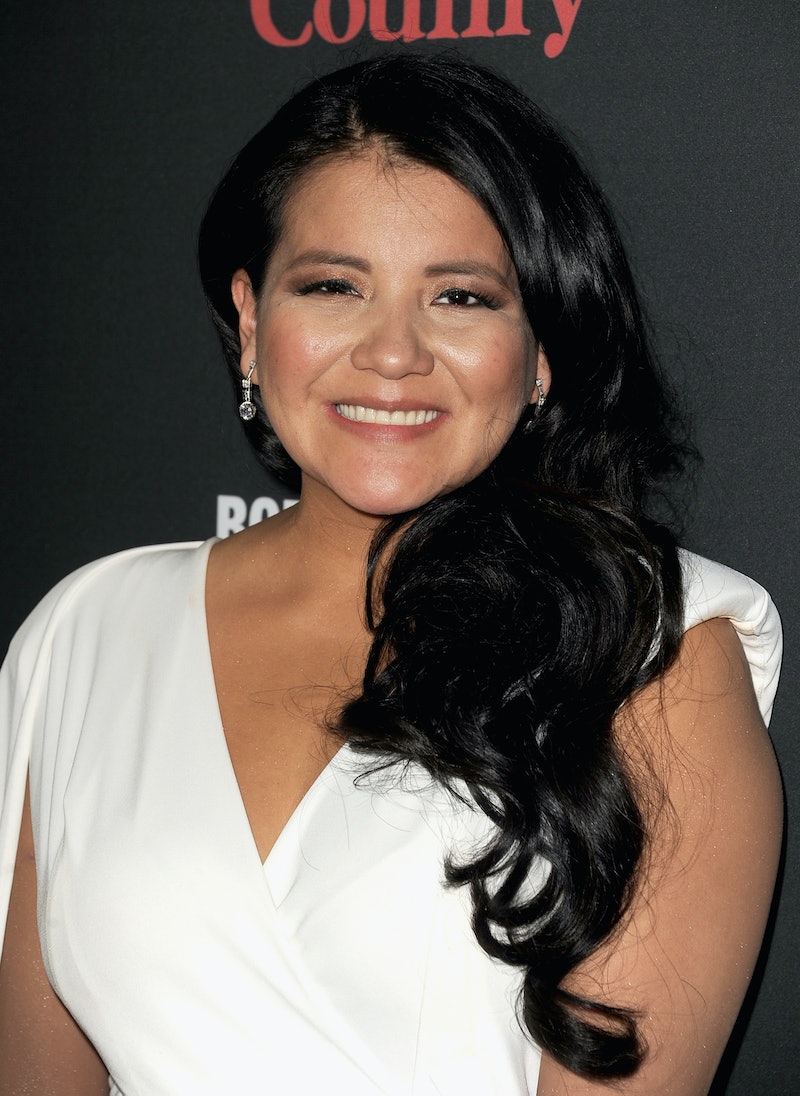 In tragic news, it has been made official that Misty Upham has passed away, after the body found in a Seattle ravine on Thursday was confirmed to belong to the actress. Upham's body was found on Oct. 16 when friends and family were searching the area. Before this, Upham's father Charles Upham reported that his daughter was missing ten days earlier on Oct. 6. The actress's uncle Robert Upham organized the efforts to search for her, and it was her father who identified her body to the police.

Apparently, it is a long process to identify a body, with family friend Tracy Rector saying, "We waited at the site where the team found the body. It took about five-and-a-half hours to confirm. Then we gathered around her body to say prayers and now we're all gathered at the church." That must have been an extremely long and painful few hours. In addition to Upham's father's identification, there was a purse in which her license was found. A medical examiner has not cited an official cause of death yet.

This had to have been a terrifying ordeal for Upham's friends and family, especially given that she is said to have struggled with bipolar disorder and not been taking her medication. Her father told The Hollywood Reporter he was worried that this might have led her to be suicidal. After identifying the body, it sounds like this possibility was ruled out in her family's minds with Rector saying, "The family has stated that, after seeing the body, they still do not feel that Misty Upham committed suicide."

While this must be such a sad and confusing time for her family and friends, there also must be some sense of relief that the search is over and they can begin to find closure. Some of Upham's friends and costars have already started to share their condolences with the world.

Upham included in her Twitter biography, "Meryl Streep co-star in August: Osage County," so it is not at all surprising that Streep had some words to share. She told The Hollywood Reporte r , "So so sad to hear this news — all our thoughts are with her family and with her beautiful spirit."

Juliette Lewis, who also costarred with Upham in August: Osage County tweeted about the loss:

Melissa Leo, who starred with Upham in Frozen River, had a lot to say about her passing telling THR, "Such a loss... so sad, so so sad. I hope to that her talent is remembered more than any troubles we surely will never understand. She was a smart, delightful actor, a spirit wild and hungry. I know I and others are honored to have had Misty in our lives."

Misty Upham was a strong supporter of PETA and animal rights and president Ingird E. Newkirk issued a statement saying, "The world will be a colder place without Misty’s warm heart, and she will be sorely missed at PETA. She was extremely kind and cared deeply about animals, constantly calling for protection for the bears suffering in roadside zoos on tribal land, a call we will carry forward in her honor. It’s a tragedy whenever anyone dies before their time, but Misty Upham was a friend to us and to animals everywhere.”