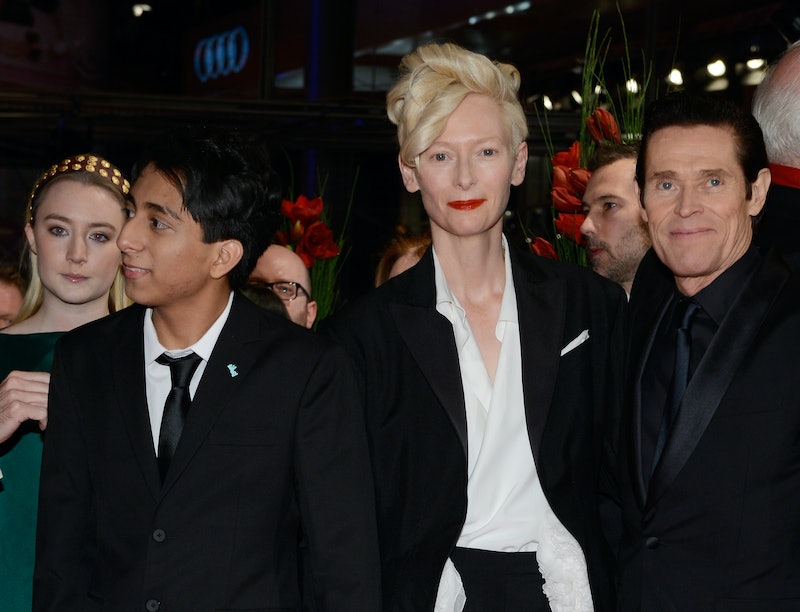 Most beauty campaigns are pretty boring, but every once in awhile a brand surprises us with something interesting. Tilda Swinton has been tapped for the NARS Spring 2015 campaign and there's just no way the results will be dull. After all, Swinton is one of the quirkiest actresses Hollywood has to offer.

“I love [Tilda’s] bold style and really admire her work,” Francois Nars told WWD about the choice to use the Grand Budapest Hotel actress as the face of his brand. "As an actress, she brings such strong personality to the camera. And as a woman, she lives the experience of transformation and expression.”

While most cosmetic brands stick to the usual suspects (Gisele, Scarlett Johansson) to feature in their advertisements, NARS has never been one to shy away from unique spokeswomen. Legendary actress Charlotte Rampling, who is 68 years old, is the current face of NARS. Although Swinton is quite a bit younger (she's in her fifties), I'm really glad NARS is embracing women over a certain age rather than sticking to predictable young celebs.

Swinton's campaign will run from January through April and features four portraits (shot by Nars himself) designed to showcase different makeup collections offered by the brand. Take a look at the first image, which advertises an upcoming color collection called the Eye-Opening Act, available at Nordstrom and in Nars boutiques in January 2015.

More like this
42 Black Owned Fashion & Beauty Brands To Support Today & Always
By Mekita Rivas, Shea Simmons, Kui Mwai and Dominique Norman
Hailey Bieber's "Glazed Donut" Nails Are So Minimalist Chic
By Danielle Sinay
10 Jaw-Dropping Beauty Looks From The 2022 Tony Awards
By Audrey Noble
Even Huda Kattan Needs A Break From Contouring
By Eliza Brooke
Get Even More From Bustle — Sign Up For The Newsletter