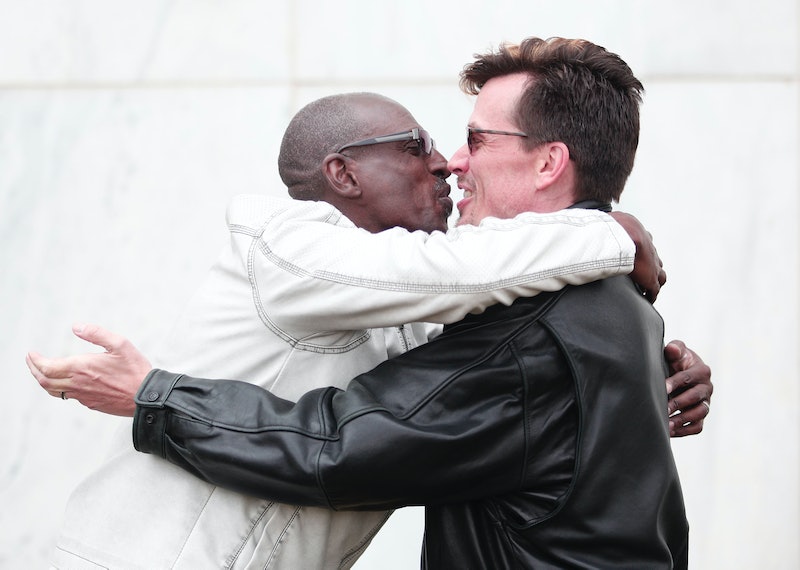 Judge Sedwick's ruling comes in response to one of two lawsuits against the state's same-sex marriage ban. Some of the couples involved in the lawsuit had married in other states but were not able to have their union legally recognized in Arizona. Their attorneys argued that the state's law violated their equal-protection and due-process rights, denying them basic marriage benefits, like family health coverage, spousal pension benefits, and tax benefits.

On the other side, the state's attorneys argued in favor of maintaining the state's traditional definition of marriage: a union between a man and a woman. They argued that the ban enables children to have closer relationships with their biological mothers or fathers, and that state legislators had originally enacted it in 1996 for the good of the community. In fact, in 2008, that community voted in favor of Proposition 102, which added an amendment to Arizona's constitution that defined a legally recognized marriage as a union between a man and a woman.

However, after the 9th Circuit Court of Appeals lifted same-sex marriage bans in Idaho and Nevada last week, Judge Sedwick followed suit for Arizona and said he felt no need to give a lengthy explanation for his decision. He also declined to stay his order, logically citing that an appeal would be wishful thinking, at best. He stated after the ruling:

A stay of this decision to allow defendants to appeal is not warranted. It is clear that an appeal to the 9th Circuit would not succeed. It is also clear ... that the High Court will turn a deaf ear on any request for relief from the 9th Circuit's decision.

Given that Arizona is the 31st state to legally recognize gay marriage, that logic is becoming overwhelmingly standard. Just last week, the Supreme Court refused to review appeals from Virginia, Oklahoma, Wisconsin, Indiana, and Utah trying to reinstate same-sex marriage bans in their states. The Supreme Court's decision marked a milestone in the battle for marriage equality and gay rights, turning a corner that will likely expand same-sex marriage into other states without looking back.