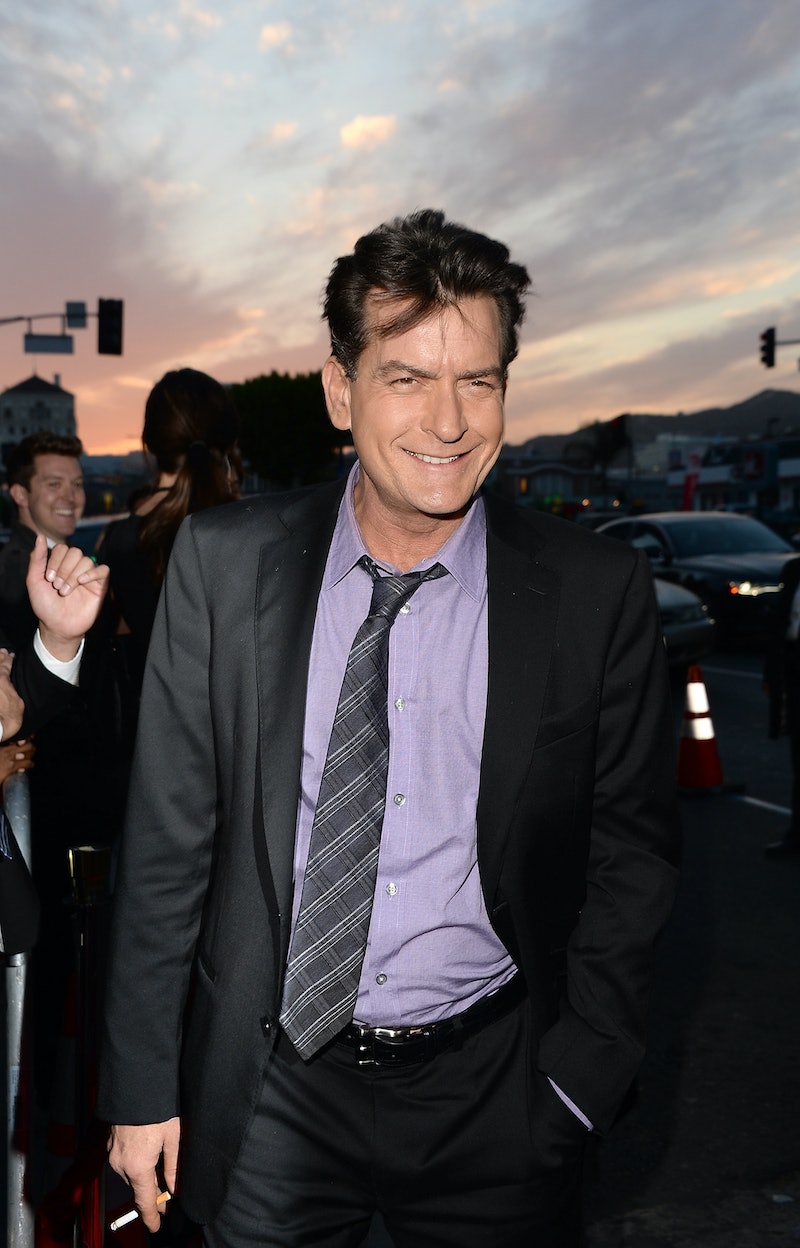 In what's probably the total shocker of the century, various news outlets are reporting that Anger Management star Charlie Sheen has broken up with his fiancée Brett Rossi, just one month before the two were set to wed. Rossi, who's an a former adult film star, and Sheen were first engaged back in February, when he popped the question on a trip to Hawaii after about three months of dating. In typical Sheen fashion, he announced the engagement with a rather disjointed message on his Twitter a few days later:

How...romantic? Anyway, according to Sheen, the two are now dunzo. In a statement to E! News , he explained (in much more understandable language!): "Scotty and I had a great year together as we traveled the world and crossed a lot of things off our bucket list...She's a terrific gal-- but we've mutually decided to go our separate ways and not spend the rest of our lives together," he said. "I've decided that my children deserve my focus more than a relationship does right now. I still have a tremendous fondness for Scotty and I wish her all the best."

I have to say, that actually sounds fair enough if Sheen isn't lying and does, in fact, want to focus on his relationship with his children — it's important he make an effort, especially considering recent lawsuits. And, if the two weren't right for each other, it's better they figured it out now before walking down the aisle and actually making it legal.