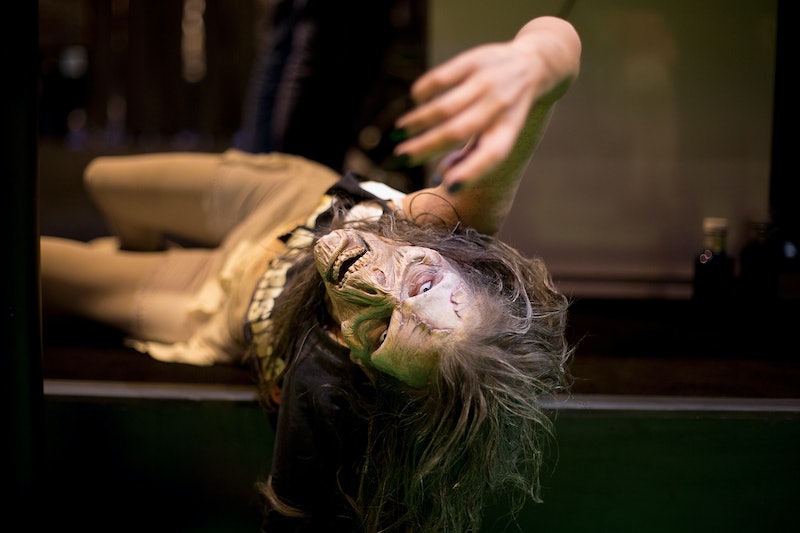 The Walking Dead has returned, and with the hit AMC series being back where it belongs (in our talking boxes and readily accessible) comes the bonus goodness of delicious Walking Dead parodies. The only person who loves parodies more than me is maybe Weird Al. Maybe. Even if you don't watch the show, or you're not a fan of zombies you can appreciate this clever, less than a minute video. It's called "The Walking Drunk" which I'm pretty sure is all the explanation you need. (Don't make me hold your hand through jokes. It kinda ruins the magic.)

The clip shows a series of different drunk dudes caught on tape trying to do a wide array of difficult things, like walking down stairs, picking up objects, and, you know, standing upright. Set to appropriately "spooky" music, the video is one giant and perfect punchline. Totally embarrassing confession: I recognized one of the dudes featured in the video. Not because we are real life acquaintances (though that would be a whole other equally awkward kind of revelation) but because he was prominently featured on one of my favorite episodes of that TruTV show Most Shocking. I can never find my keys, but I remember this guy. Thanks for nothing, brain.