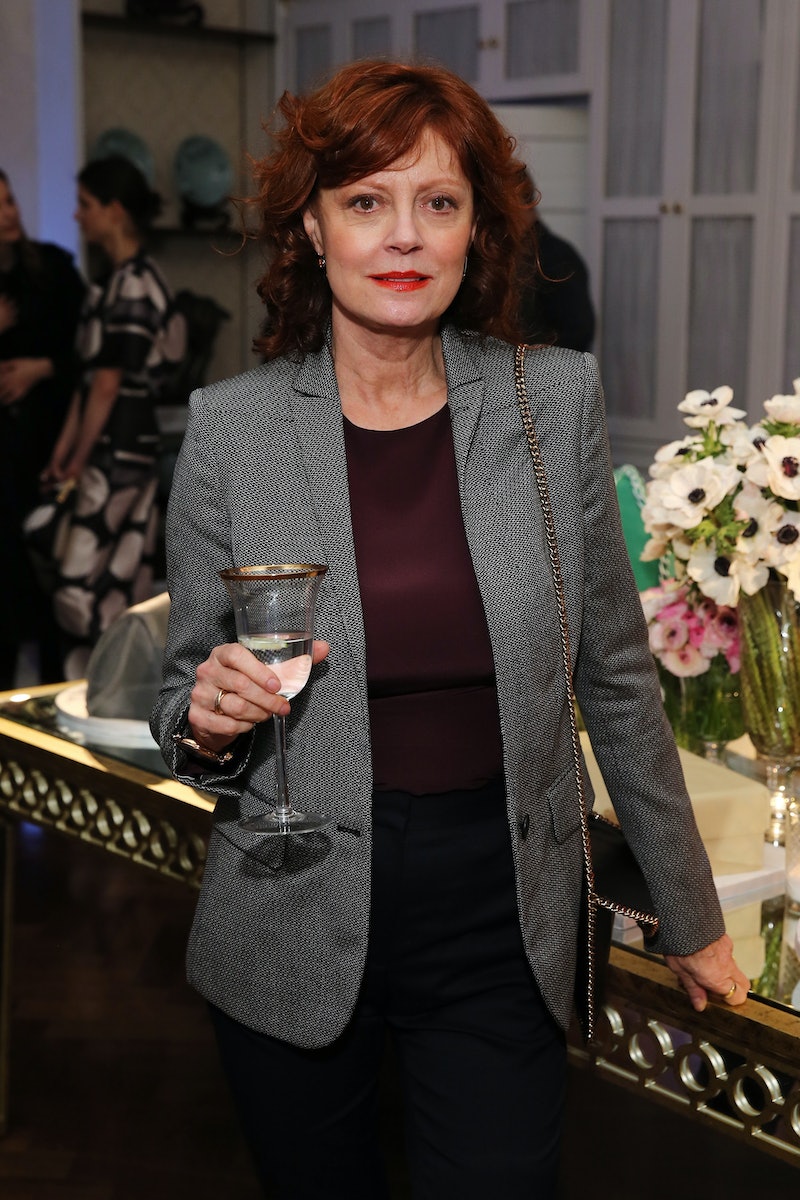 This is crazy — and probably the first time in my life I've ever considered actually watching a Lifetime special. According to EW, Susan Sarandon has joined Lifetime's upcoming Marilyn Monroe miniseries, Marilyn , as the doomed actress' mother, Gladys Pearl Baker. I repeat: Susan Sarandon, respected actress and Oscar winner, is joining a Lifetime miniseries cast.

Even just typing that feels...weird. But I guess it's a good thing that Lifetime will finally attempt to move away from all those other television movies they've produced in the past, like Cyber Seduction: His Secret Life and Mother, May I Sleep With Danger?

Anyway, the miniseries will be based on J. Randy Taraborrelli's biography of Monroe, The Secret Life of Marilyn Monroe. The official plot of the miniseries is as follows:

Marilyn is both the personification of sex, whose first marriage ironically collapses because of her frigidity, and a fragile artist who seeks the approval and protection of men. But after tumultuous marriages with Joe DiMaggio and Arthur Miller, she realizes she has the strength to stand on her own. She becomes the Face and Voice of an era, yet wants most of all to be someone’s mother and someone’s little girl. She’s the Marilyn you haven’t seen before, the artist who, by masking the truth with an image, gives her greatest performance.

It'll reportedly be four hours in length, but there's no word on when, exactly, we can expect it to come to TV — or even who will be portraying Marilyn herself. But considering Sarandon's now involved, do we really need any more convincing to tune in?