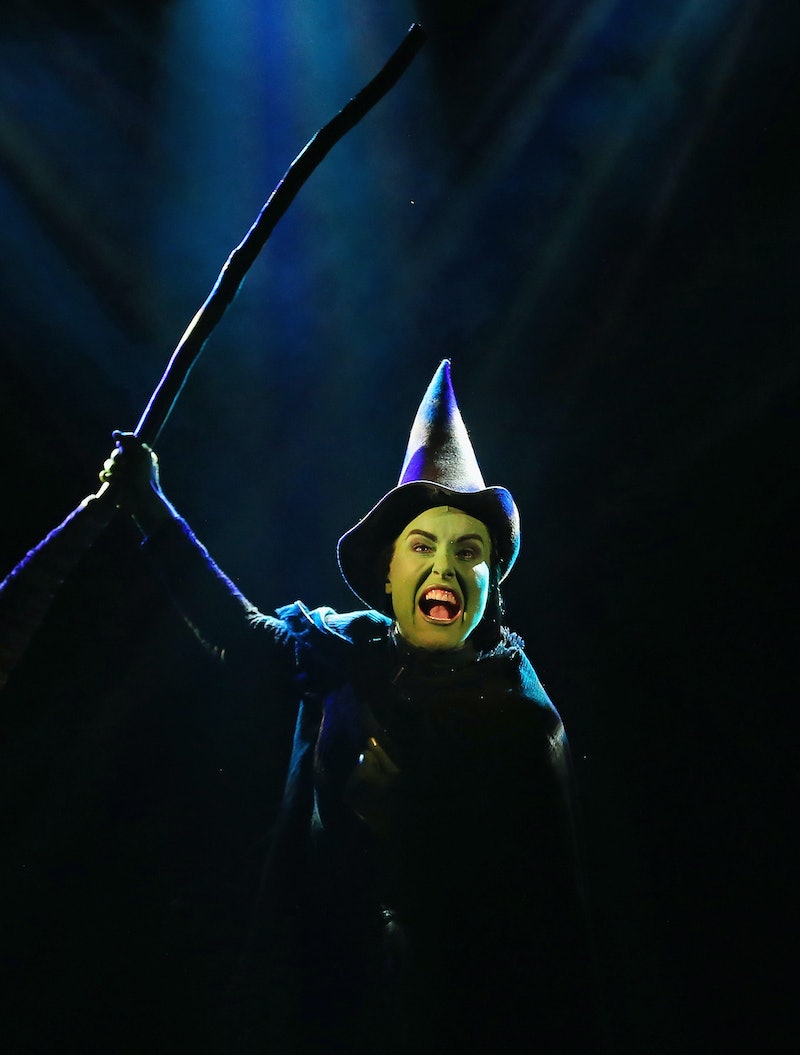 I have both been a jealous person myself at time, and also been on the receiving end of a jealous person's irrational thinking. Neither side of the equation is an enviable or happy one. Jealousy is like being irrationally angry but with none of the release. Having someone be jealous of you is like being found guilty of a crime you didn't commit – and that's a whole lot of drama for anyone over the age of roughly 7. Try even saying "It's like you've found me guilty of a crime I didn't commit!" out loud. Go ahead, try it. You can't do it without pretending you are Susan Lucci, and while that's fun, it's also no way to live your life.

I'm an emotional person. Sometimes it can be great, I can get swept up in happiness and feel like I savor things in a way not everyone else does. Other times it can mean weeping over a particularly bittersweet dog food commercial. I'll take it -- the good always comes with the bad. But being jealous is something I make a real effort not to indulge in. It's understandable to feel insecure or worried or threatened. We are people (unless you are my dog and you are reading this, in which case, hi Ody! WHEN DID YOU LEARN TO READ?) and people feel things that aren't always awesome. But jealousy shouldn't be one of those feelings. Here's 9 reasons why it's a waste of your time.

1. You Waste Time Being Unhappy

Sure, you could spend all your time with your significant other wondering what they see in you, convinced that it's all a giant joke and they are sneaking around behind your back, or you could, you know, enjoy spending time with that person. The same applies to professional jealousy. You could seethe over another person's success, or feel happy for them – which is going to bring you more joy? Spoiler alert: the one that doesn't involve you quietly growling and gritting your teeth.

2. It Hurts Your Partner

In a romantic relationship, being jealous of your partner hurts them, plain and simple. Whether you see it or not, you're telling them that you don't trust them, that you think they're lying. To you it might seem like high praise, like the fact that you indulge in jealousy is merely a product of how rad and desirable you find them. But that's not how it feels to be on the receiving end of jealous thinking. This is as true with friends and family as it is with people you're dating. You might think your sister announcing a new promotion at family dinner was just an excuse to get the limelight, but the truth is she was just sharing some news. Don't let your feelings of not being super excited about your own life dim someone else's shine. It doesn't fix your problems – in fact, it just gives you one more.

3. It Doesn't Change Anything

It might feel good to give into jealousy, to see green and think that the world is against you. But you know what it won't actually do? Solve anything. Instead of feeling better, you'll feel worse and your stomach acids will kick up and then you'll just be pissing and belching all the time and let's be real: that's not hot.

4. It Makes Real Problems Even Worse

If you've already got an actual problem brewing with a partner or colleague (you aren't spending enough time together, or they aren't carrying their weight in a work project, etc.), feelings of jealousy are going to make those problems even worse – jealousy amps up the volume on everything. Instead of talking shit out, you're screaming shit out, and that is not productive ever.

5. It Prevents You From Thinking Clearly

Jealousy may be a powerful emotion but it's not one that allows for logic. When you're in a jealous fog, you don't think clearly, you don't express yourself well, and, to get real hippy-dippy with this noise, you aren't in the moment relating with other people, and that sucks. So take a breath, calm down, count to ten and see if you come back to yourself slightly.

6. It's a Self-Fulfilling Prophecy

If you walk around assuming that people are doing things to spite you, or that everyone is against you, and you view everything that happens to others as a slight against yourself, it's going to change the way you act. Accuse your boyfriend of wanting to leave you for someone else enough times, and he just might leave – but not for the reasons you thought he would.

It's hard to see, but when you're jealous of other people, you're being disrespectful. Your jealously speaks volumes for you, and the things it says are generally terribly unkind: Either you are implicitly accusing someone of being a liar, or taking away from the good things that have come their way. Either option is small-minded. Your fellow man may not deserve a lot, but he serves more than that.

8. It Proves You've Got Work to Do

Revealing a jealous streak doesn't do anything except make you look bad. Caving in the face of jealous feelings proves you've got a lot of work to do on yourself. It indicates a lack of confidence and an emotional immaturity that needs addressing. *Pauses to push up therapist glasses purchased for this post*

Not everyone on planet earth is going to like you, and mostly, that's their loss. Also, we're just not meant to be friends with everyone. You don't want to give folks ammunition to use against you. Let them hate you because you hog all the Coke Zeros, or because you spent one full day speaking only like Yoda. Don't let them turn up their nose at your because your jealousy is out of hand. That's lame.