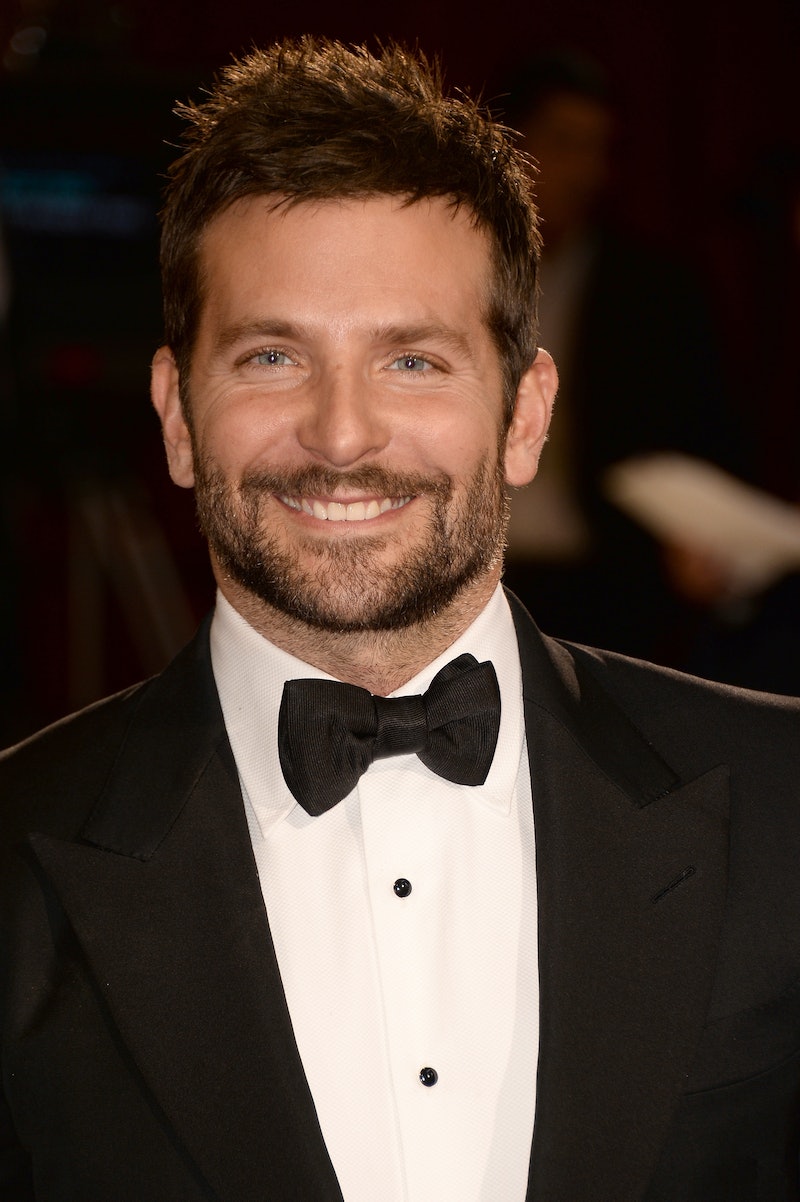 What are the statistics on death by egging? For immediate answers on this extremely pressing topic, allow me to direct your attention to Jimmy Fallon and Bradley Cooper's Egg Russian Roulette battle. Although results may vary, it is a proven fact that celebrity guests who appear on The Tonight Show are far more susceptible to being taken out by an egg, and if they're anything like Fallon and Cooper, they'll be wearing the most ridiculous wigged-out visors when it all goes down.

For those who aren't familiar with the game, Fallon challenges guests to choose from a carton filled with both cooked and raw eggs. The first competitor to smash two raw eggs on his head is declared the loser and literally ends up with egg on his face. In the past, the 40-year-old talk show host has invited various celebs to play, including David Beckham, Edward Norton, Jason Sudeikis and even Tom Cruise, who had the quickest egg takedown in history.

Cooper, on the other hand, proved to be quite the unwavering opponent, choosing eggs and smashing them against his forehead without much hesitation, but plenty of trash-talking. Meanwhile, his host took a more careful approach even while yelling out, "Turn down for what!" Um, sorry Fallon — totally not buying your terrible impersonation of a guy who's excited to crack an egg on his head while the entire world watches with anticipation and glee.

Near the end of the game, Fallon's brave facade crumbled and the facial expression he wore was that of a frat boy who somehow sensed the prank had gone too far and maybe wouldn't work out in his favor. I won't give away the ending, but I will say the game became really tense when Fallon and the Guardians of the Galaxy star got down to just two eggs.Did Fallon have reason to be a little nervous? Was Cooper too damn cocky for his own good? Check out the hilarious results of Egg Russian Roulette below: