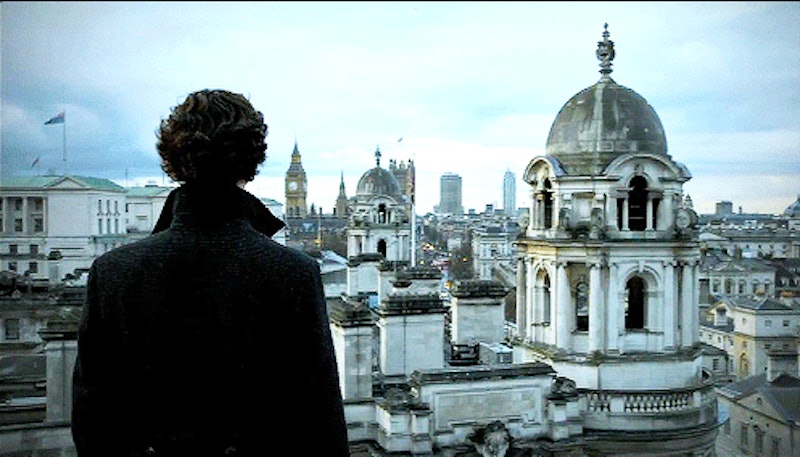 For fans of the BBC drama Sherlock, it's been a long year and a half since the series aired its season two finale. It'll also have been a long two years by the time the series—which stars Star Trek's Benedict Cumberbatch and The Hobbit's Martin Freeman as Sherlock Holmes and John Watson—actually returns to resolve what has to be one of the most talked-about cliffhangers in the geeky-television-watching community. This new trailer for BBC's roster of dramas features new footage from the third season (airdate: eventually), and for now those glorious three seconds will just have to be enough.

To be fair to BBC, the trailer also features footage from a whole slew of other upcoming dramas: By Any Means, The Great Train Robbery, Ripper Street, Quirke, What Remains, and The Musketeers. They all come out of the trailer looking pretty good, and the latter actually features upcoming Doctor Who headliner Peter Capaldi.

I think we all know, however, what tumblr's gonna focus on from the second they glimpse this trailer, so let's just run with the most outwardly passionate audience, shall we? Because despite the fact that the new Sherlock footage in this trailer amounted to about three seconds of new footage and some voice-over, it was still new footage. And we'll take what we can get.

We're sure that longer trailers and many, many more teases are headed towards us in the months to come. But until then, Sherlock said some words to John: "Just you and me, against the rest of the world." And that's really what the show's about, isn't it?