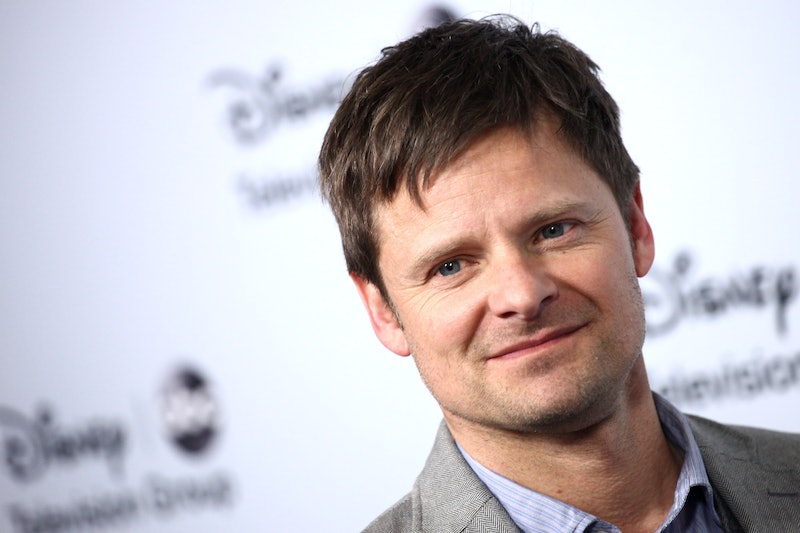 At last count, Steve Zahn has been in basically everything ever made. You know, he's that guy who looks really familiar all the time? The guy with the hair, as he's actually been described to me before? You know, that guy? I hope you know who I'm talking about, because Zahn is joining Modern Family as the Dunphys' new neighbor. According to Entertainment Weekly, his character is described as part of the "annoying" family that moves in next door to the Dunphys. It's a recurring role, so be prepared to see him pop up a few times throughout Season 6.

If Zahn isn't familiar to you, I don't think you've been to the movies or turned on a television anytime within the last, like, 20 years. While he might not be seen as a leading man often, Zahn has certainly played them before, and he's a great character actor. He tends to lead towards more comedic roles, and yeah, I'm one of those people who gets really excited when I see him pop up in anything, even if just for a second. His first on-screen credit goes all the way back to 1990, when he appeared in an episode of All My Children. 63 credits later, including some recurring roles on television, Zahn is getting close to screen-time domination. Where else might you have seen him pop up over the last two decades?

In my favorite Nora Ephron movie, Zahn plays George, an employee at The Shop Around the Corner — who later goes to work for Fox Books.

THAT THING YOU DO

I apologize if the title song from That Thing You Do is now stuck in your head. Zahn played the lead guitarist, Lenny, of The Oneders.

In one of his first outings as a film's leading man, Zahn teamed up with Martin Lawrence for this buddy-cop comedy.

I'm not admitting that I once sat through all of Daddy Day Care, but Zahn plays one of the trio of dads in the movie, even though his character doesn't have any children himself.

If you're looking for a movie that is not at all like Indiana Jones or The Mummy and has Matthew McConaughey playing someone named Dirk Pitt, this movie is for you. It's also got Zahn playing one of the explorers who has teamed up with McConaughy and Penélope Cruz. This movie usually plays really late at night on TNT.

Just kidding, it's only three. But it feels like 15. Zahn plays the dad of the wimpy kid.

Did you know that Zahn is a singer, along with being able to play the guitar? I don't think any of us knew until his starring role in HBO's Treme, a series about the rebuilding of New Orleans after Hurricane Katrina. If you wanna see some of his singing, go here, or here, because strangely all embedding has been disabled upon request.

Just this past spring television season, Zahn was a part of the short-lived Mind Games on ABC. It was sadly canceled after only five episodes. It had the makings of a new great ABC show, like a twist on Castle, but it just couldn't find its viewers. Clearly, though, Zahn is sticking with the ABC family.