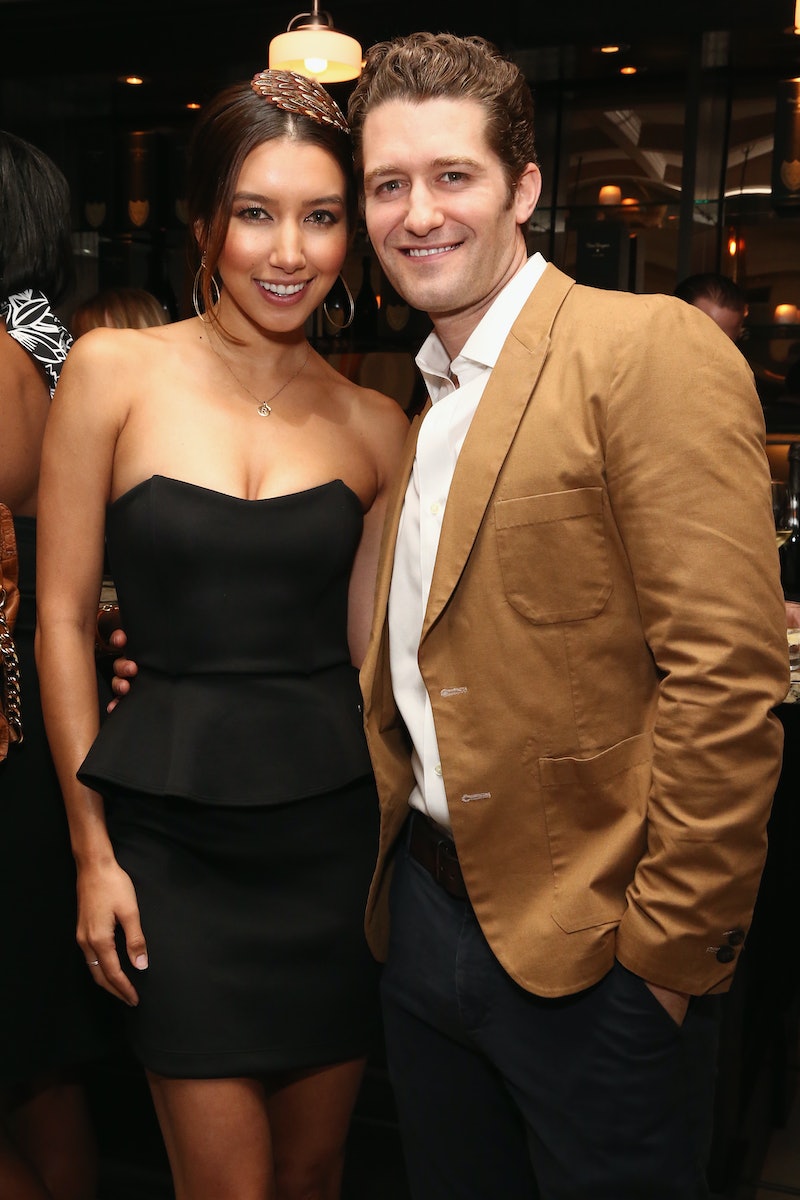 When Emma Pillsbury and Will Schuester did their whole on-again, off-again, “maybe we’ll get married, maybe we won’t” stint on Glee, it drove me up the wall. Everyone knew they were meant to be together but their complex relationship dragged on for way too long. Even though I’m happy they always found their way back to each other, I’m just glad that their love lives aren’t that messy in real life. In fact, actor Matthew Morrison just got married to his longtime girlfriend Renee Puente on Saturday, and from what I hear, it went off without a hitch.

Although there were no Glee club students walking down the aisle together while singing Bruno Mars’ "Marry You" like they did for Finn and Kurt’s parents, I’m sure that of the 50 family and friends that attended the small gathering, some of the Glee cast was there. However, pianist Chad Whidden and singer Kiley Dean did collaborate to play the song, "Feels Like Home", as Puente walked down the aisle, according to People. The original song was written by Randy Newman, the creator of many great Disney songs that have probably made you cry, so I’m sure the event was quite emotional.

Morrison and his beautiful bride married at a private estate in Maui, Hawaii, and to stay with the theme of their wedding, Puente even performed a Hula dance for her new hubbie at the reception. The two also sang Laura Benanti’s "Starry Eyed/Video Games" together for the crowd because a Morrison wedding couldn’t be complete without a little bit of singing.

Pretty much, this sounds like one of those extremely magical weddings that we’ve all been pinning to our Pinterest wedding boards, and for now, many of us will have to live vicariously through the Morrisons.

Although there's no news as to where the couple went for their honeymoon (though just being in Hawaii itself would be a great choice), I can imagine they're just enjoying their first day as newlyweds together. And I bet nothing beats that.