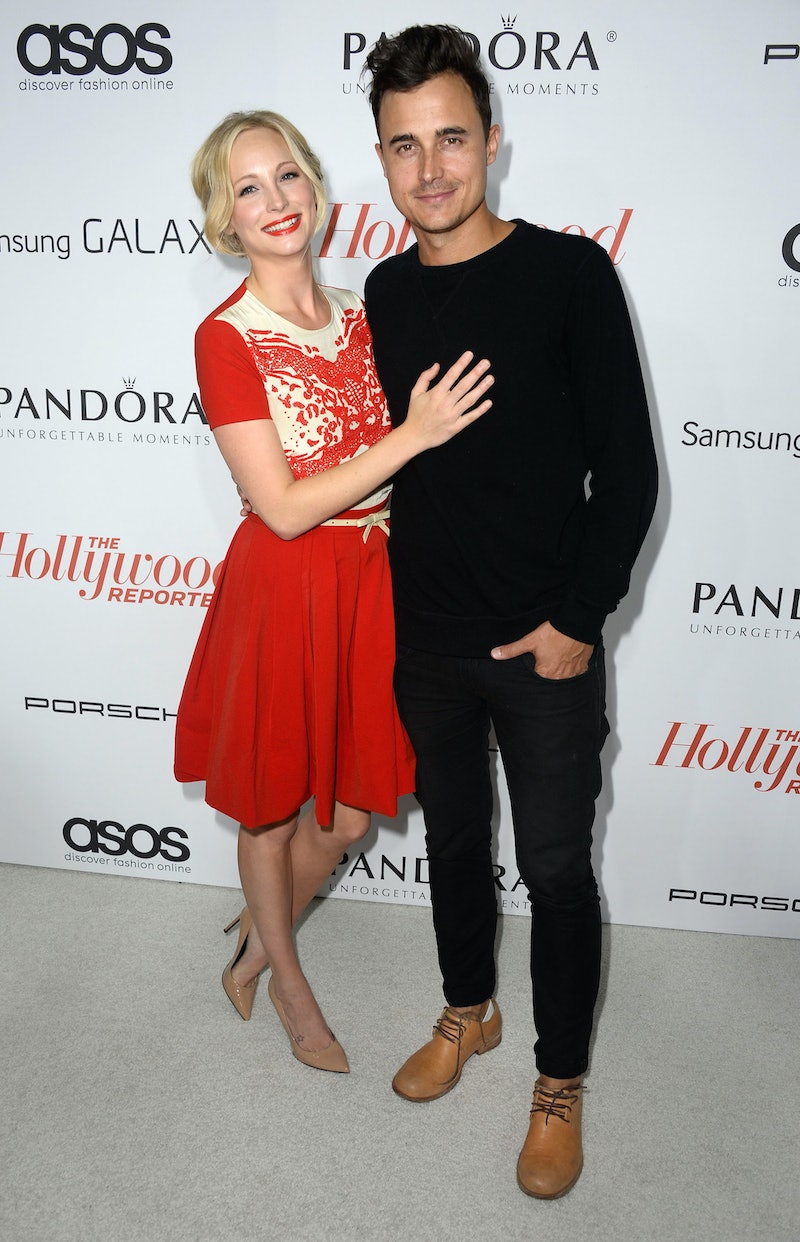 Sigh. Is there anything better than a celebrity wedding? No, there is not (except for maybe a celebrity baby). This time, it's Vampire Diaries star Candice Accola's turn to walk down the aisle. As of this weekend, she and The Fray rocker Joe King are officially hitched! According to E! Online, Accola and King married Saturday in New Orleans, surrounded by friends, family, and plenty of Accola's Vampire co-stars, including Paul Wesley, Kat Graham, and Michael Trevino.

Kayla Ewell, who plays Vicki Donovan on the show, even stood at the altar as one of Accola's bridesmaids — how perfect is that?! The guest list seems to be all the detail we're getting right now, though. Of course, what I'm really looking for are wedding pictures (specifically photos of the gorgeous Accola in her undoubtedly fabulous dress, duh) but none have emerged just yet.

What have emerged are about a zillion social media postings from the cast's weekend in New Orleans, and if we're judging by their various Instagram accounts, the Vampire Diaries gang had a fantastic time. Exhibit A: Kat Graham's pictures and videos of the sights and sounds of Nawlins, which apparently involves a lot of alligators — a theme that Michael Trevino expanded upon in his tweets from the weekend.

A notable co-star who was unable to make it was the great and beautiful Ian Somerhalder, but he didn't forget to send his well wishes via Instagram.

How sweet is that?!

Congratulations to the new Mr. and Mrs! I'll give you guys time to celebrate your union, but I'm going to need those pictures ASAP.