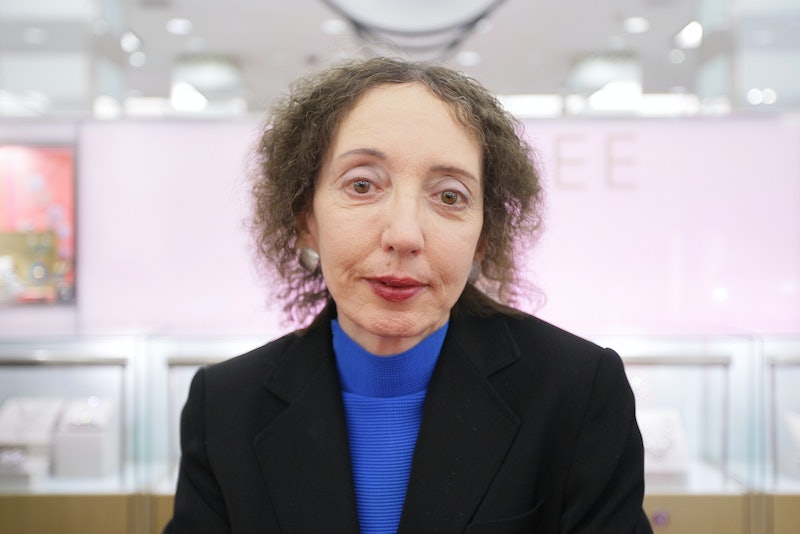 In the title story, “Evil Eye,” we meet Miriam, a young woman married to an older man whose first wife comes for a visit, further destabilizing an already sinister relationship. In “So Near Anytime Always,” 16-year-old Lizbeth becomes entangled with a charming and seemingly refined older boy who is far more than his carefully cultivated façade would ever suggest. The third novella, “The Execution” takes us inside the mind of a self-centered, self-rationalizing frat boy, Bart, who has decided to seek the ultimate revenge against his parents. And finally, in “The Flatbed,” 29-year-old Cecelia must revisit a secret she has never told anyone: the sexual abuse she suffered as a child.

Each of these novellas is a tour de force in and of itself. The narration stays so close to the interiority of the characters that the reader is kept slightly off balance at all times by incomplete thoughts or seemingly random transitions, giving us a feel for the unbalanced and unsettled, which lie at the heart of each tale. Oates' language, though always deliberate and expertly used, breaks grammatical rules in unexpected ways, omitting the subject of a sentence or changing verb tenses without warning. At times the narration will border on stream of consciousness, then pull back abruptly. The craft of the language asks for a reader to engage with the delightful challenge of keeping up with Oates's expert prose.

The stories' subjects are also noteworthy and incredibly well done. None of the characters in the collection are ideal people. Even Lizbeth, perhaps the most sympathetic, is shy and naive — after all, she's only 16 and in over her head. And then at the opposite end of the spectrum lies Bart, the positively awful frat boy. Intriguingly, his novella is the one in which Oates keeps the narration most closely tied to the thoughts of the character, often giving whole passages of what seems to be Bart's unfiltered thoughts — ones about how minorities have it easy even as he discriminates against them, and the unfairness of his father's anger after Bart forges his signature on a $28,000 check. It is the most dramatic example of Oates making no apologies for her subjects: young, passive wives of older, domineering husbands don't suddenly gain confidence; 16-year-olds don't suddenly gain maturity; racist frat boys don't suddenly realize how self-absorbed they are; abuse victims don't suddenly get over their traumas.

This ability to stay within the bounds of realism makes Oates' stories all the more powerful and disturbing. Even though readers want and wait for something to fix the upsetting problems presented in each novella, Oates instead lets the narratives run their courses, making each all the more haunting for their plausibility. The collection is unflinching in its willingness to depict the disturbing, and each novella is masterfully executed with positively chilling effect.

Despite its strengths, however, Evil Eye proves unsettling for one more reason: its gender politics. Each of the main female characters in the four stories is, in some way, weak and overpowered by a man in her life. Miriam, naturally not very assertive and still emotionally reeling from her parents’ sudden deaths, is powerless against her domineering husband; Lizbeth’s young age makes her naturally inexperienced and unsure of herself; Bart’s mother privileges her son’s well-being over justice for herself; and Cecelia’s trauma keeps her from having command of her own personal life. What’s more, each of the three romantic relationships in the book involves a significant age difference in which the woman is always younger.

In each individual novella the inequality in the gender dynamics functions well, making each story all the more eerie and disconcerting. Yet taken as a whole within the collection, they paint a strange picture of women as passive or weak, and men as aggressive, controlling, or destructive. Whether done unintentionally or for effect, the stories lean hard on these tropes.

Tropes or not, the collection is penned by a seasoned hand, and it sings for it. The four worlds that Oates gives us here pull in the reader until she finds herself too fascinated to leave — even when everything gets creepy. I wouldn’t want to spend a day in Miriam’s marriage, but I found myself unwilling to leave once I started reading. Even as I screamed at Lizbeth not to trust this strange boy, I got caught up in every minute of it. Living inside Bart’s twisted mind isn’t exactly fun, but it was so convincing I couldn’t look away. On some level, I felt uncomfortable during every bit of Cecelia’s story, but I wasn’t about to stop turning the page.

This book sinks in its hooks and doesn’t let go. In fact, it might be a good thing each story is short — I don’t know if a reader could handle the tension over the length of a full novel without a break. As much as these stories disturbed me, I’d revisit anyone of them with relish. This is a truly masterful collection.