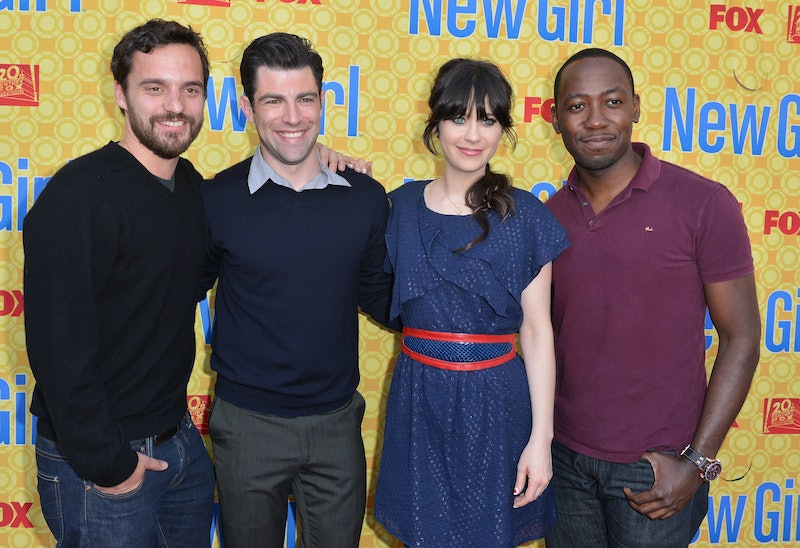 On Saturday night, The Environmental Media Association Awards took place. Oh, you weren't aware? Though the event featured a green carpet, a live broadcast on E! online, and celebrities like Arnold Schwarzenegger, Lance Bass, and Emily VanCamp, the event flew under the radar, as it does most years. And I guess it makes sense; it's a niche event, which draws in a niche audience of the small segment of the population that is into pop culture and the environment.

And there really doesn't seem to be much intersection. There was no Inconvenient Truth of 2014. Instead, many of this year's nominees were obscure or seemed like a reach. New Girl walked out with an award for Television Episodic Comedy for its episode "Menus." Now, I couldn't remember a particularly environmental episode of the show, so I had to look it up. It's the one where Jess puts her foot down about getting so many wasteful takeout menus. It's a nice message that supports individual action; we need to put effort into making small changes in our own lives in order to help save the earth.

I just wonder whether honoring shows for featuring one episode with an environmental plot catalyst is worthwhile. Other winning media included Disneynature Bears and a documentary called GMO OMG. Though both dealt (somewhat) more explicitly with environmental concerns, they weren't exactly box office hits, and GMO OMG wasn't even critically appreciated.

According to its website, The Environmental Media Association "believes that through television, film and music, the entertainment community has the power to influence the environmental awareness of millions of people." It's a good mission, and I strongly agree, but I feel that the amount of environmental media has gone down, perhaps because of a lack of lack of audience interest.

I recently re-watched the "Greenzo" episode of 30 Rock, one that certainly doesn't preach, as its titular environmental hero goes crazy, but at least it directly addresses green issues and the media. It's also a highly entertaining half hour of television. Another good example of this is John Oliver's viral climate change bit, which was also honored at the EMA awards. It made a statement, was very funny, and really caught on.

I don't think it's that effective to order studio executives to create green content. I think that we as media consumers need to be curious about the environment and expect an amount of coverage. And celebrities, many of whom consider themselves "green," should work on creating or supporting art that align with their private beliefs. Climate change is real, but just believing that isn't enough. I think art should validate people who care about the environment, and it has a lot of power to celebrate our planet. With the outpouring of support that occurred at the People's Climate March, it seems that demand and recognition might be growing. Hopefully, the 2015 EMA awards will have a broader array of green media to choose from.