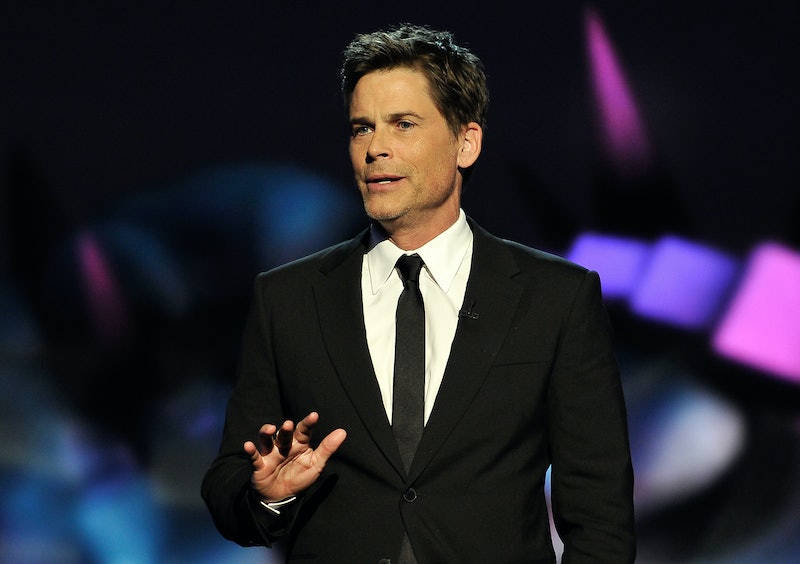 Did you wake up today like "Hey, I don't really have anything huge planned for my Sunday, might as well sit here and look at some pictures of a celebrity's knee looking like it's guest-starring on Grey's Anatomy?" Me neither, and yet that is exactly what has beckoned for fans of Rob Lowe, who hurt his knee in a way that required stitches. He shared pics, because why not?

The injury took place in the ocean, that dark mysterious behemoth just waiting to claim our old Brat Packers as its own. I'm thinking he should probably parlay this into a guest appearance or starring role in Sharknado 3.

The first of the pics is a rather graphic close-up of his injury being stitched up, with which Lowe wrote "My day so far. I will live. #SurfStitches."

He also posted another picture, presumably (hopefully) taken prior to the stitches, in which his knee is just straight-up gushing blood while he just stands there all smiley and surfer dude. It is captioned "#CrimsonTide," which is just...oh god.

Warning: Bodies are super gross and should be avoided: