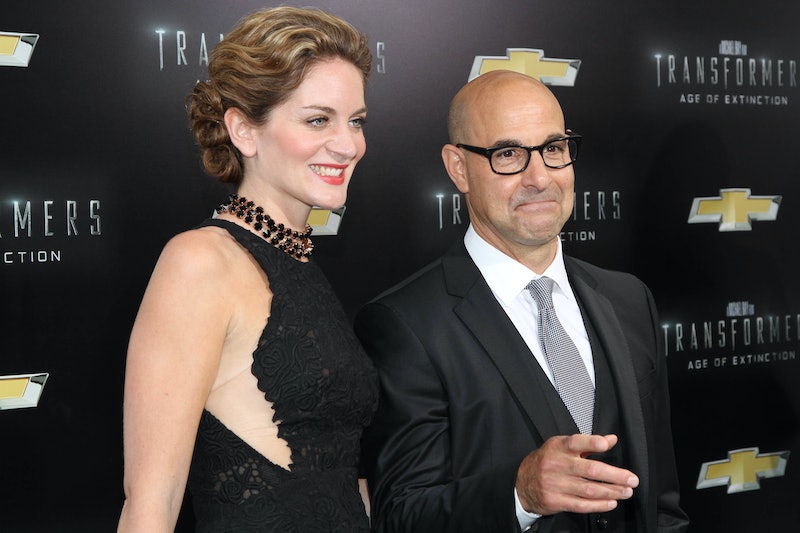 Exciting news for Stanley Tucci and Emily Blunt's sister to whom he is apparently married. (I seriously had no idea. Did you?) Stanley Tucci and Felicity Blunt are expecting a baby! Woohoo! A miniature actor who will show up all the time in random movies when you least expect it. Or a miniature British literary agent — that's Felicity Blunt's job, after all. Or, maybe the baby won't follow in its parents footsteps at all and we'll have a miniature gas station attendant on our hands. The possibilities are endless!

Tucci confirmed the news with Us Weekly at the Mario Batali Foundation Dinner on Sunday. He told the magazine, "I'm very excited to be a dad. It's incredible. I'm most excited to have a baby with Felicity and for the baby to be healthy." Tucci has three children already — Isabel, Nicolo, and Camilla — with his late wife, Kate, who he was married to for 14 years before she passed away from breast cancer in 2009.

The new baby will be the first child for Blunt who married Tucci in 2012. The couple met in 2006 when Tucci was working with her sister, Emily Blunt, on The Devil Wears Prada. So yeah... if your takeaway from this is "Whoa. Stanley Tucci and John Krasinski are brothers-in-law?!" then we are on the same page, sister. Small world!

Tucci went on to say about the pregnancy news, The sex is of no concern to me. The sex of the baby, that is." Ha, ha, ha. Oh, Stanley, You devil, you!