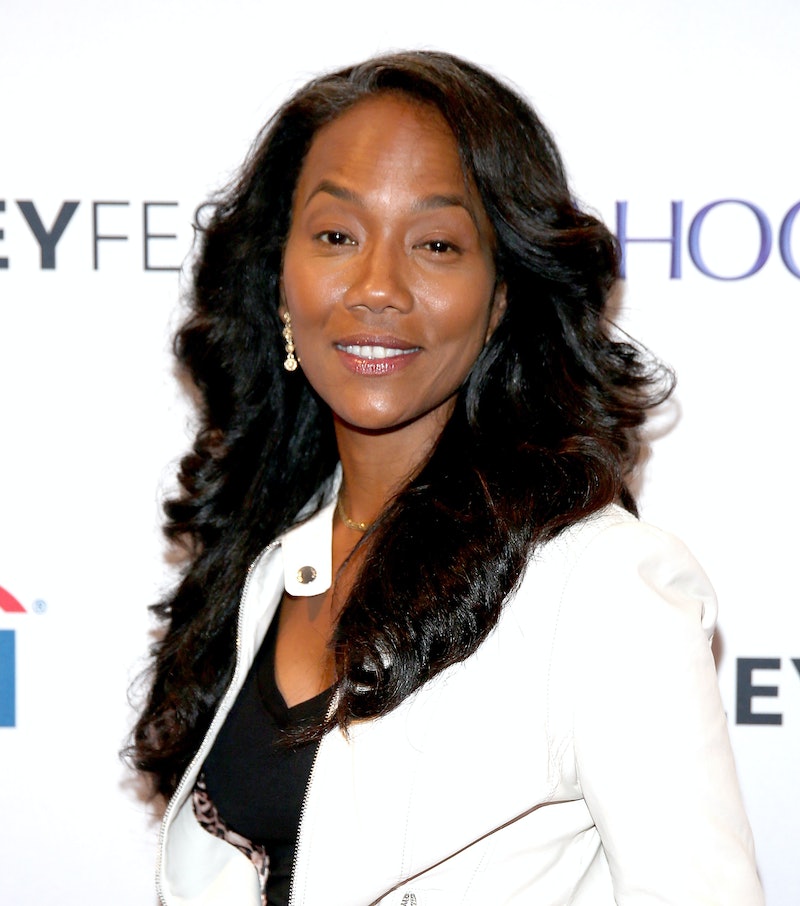 Just what New Orleans needs, more witches. Obviously, we all knew that Esther Mikaelson couldn't keep a stranglehold on the witch-storyline on The Originals Season 2 forever. So, what better time than the present for the CW series to introduce a new witch. On Monday night's new episode of The Originals , "Every Mother's Son," Sonja Sohn's witch Lenore will make her first appearance. Back in May, E! Online revealed that the former The Wire star would join The Originals Season 2 in a recurring role and now it's finally time for Klaus' new foe to join the scene. Because, I mean, of course Klaus needs another witch on his plate.

When Sohn's new character was announced back in May, E! also revealed that Lenore would be "a powerful, salt-of-the-Earth witch" that would ultimately become Klaus' new foe. And, with the new synopsis for Monday night's episode, it seems like we might know exactly how Lenore will end up on Klaus' bad side. I mean, other than the fact that he's already, apparently, on hers. A portion of synopsis, courtesy of The CW, for "Every Mother's Son" reveals:

When Klaus and Elijah receive a cryptic invitation to dinner from their mother Esther, who continues to inhabit the body of Harvest girl Cassie, they find themselves preparing for the worst. With the help of a new witch named Lenore, Klaus, Elijah and Hayley attempt to stay one step ahead of Esther, but things quickly take an unexpected turn.

Also on the slate for Monday night's episode is Esther revealing a secret from Klaus' childhood and revealing her endgame for her children (which will probably be killing them, as usual). But the introduction of Lenore at this point is an interesting one. First of all, she's obviously linked with Esther in some capacity. And, considering how being "salt-of-the-Earth" is a main part of her description, it's safe to assume that this pair bonded over the fact that, again, Esther believes her children are "abominations."

A witch with "basic, fundamental goodness" (as that's what the term "salt-of-the-Earth" tends to suggest) would absolutely not be down with hybrids or vampires. (I feel like witches might be cool with werewolves because their supernatural abilities are genetic.) So Lenore will absolutely jump on Esther's bandwagon of hybrid and vampire-haters in a heartbeat if it meant restoring the world to it's standard, supernatural order. This is a modern world we live in, witches, let's try to be more accepting — especially if YOU created the "abominations" you apparently hate and want to obliterate. It'd be nice if Lenore would hate Esther instead, since she's the root of the problem and her children are just the product of her ways, but, unfortunately, that's just not how things work out for the Mikaelson family.

My bet is that, while agreeing to help Klaus "stay one step ahead," Lenore is going to lead him right into Esther's trap. You'd think Klaus would learn to not trust witches at this point — considering how badly things turned out with Genevieve and the moonlight rings in the Season 1 finale. But, alas, here we are with Klaus gaining yet another witchy enemy in New Orleans and Esther gaining another ally in her fight against her children's lives. Essentially, Lenore is just going to make Klaus' life even more miserable than it already has been.

Because Klaus really needs another enemy in this world.