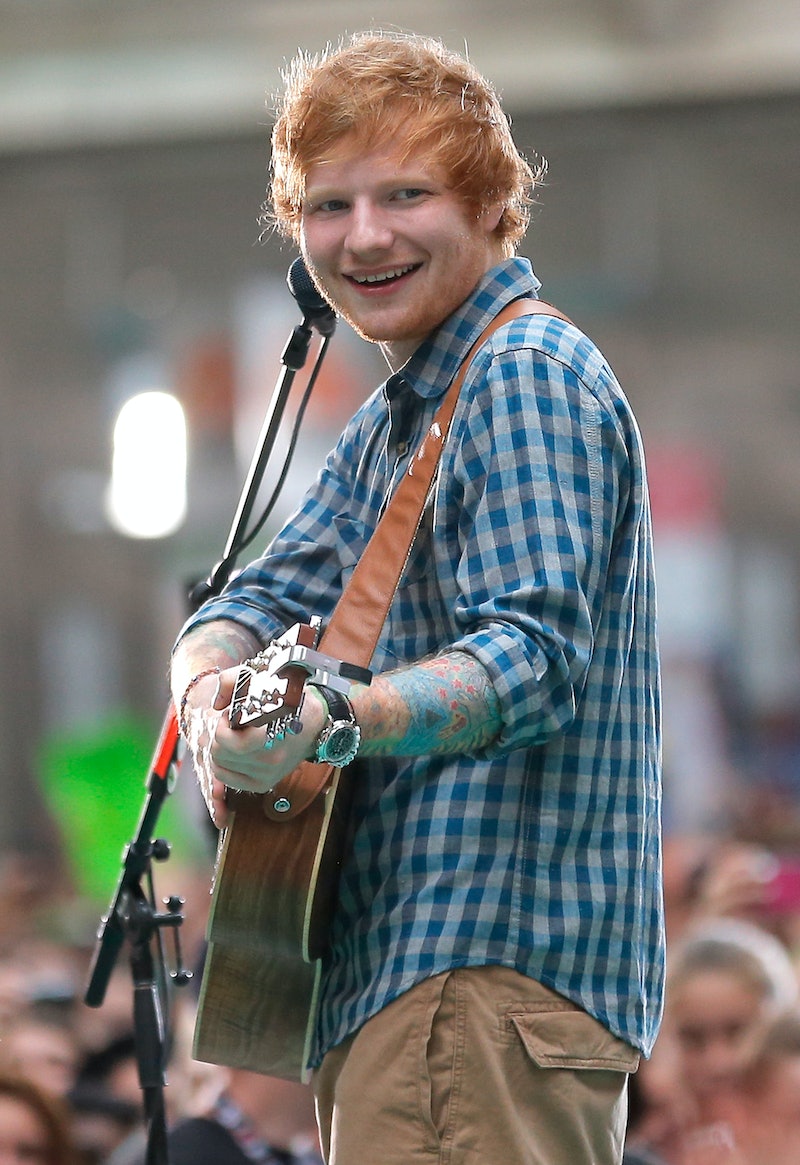 As the saying goes, life is like a box of chocolates — well, you know the rest, I’m sure. But did you know that love is like a cheesecake? Yeah, creamy, smooth, delicious with coffee. According to "Sing" singer Ed Sheeran, love is like cheesecake because it's not something to be eaten quickly. And I trust him because he writes love songs and obviously has excellent taste in desserts.

The 24-year-old singer gave some love advice to Seventeen magazine for their November “Hot Guys” issue. He said:

Sometimes I wish I could go back and give my 17-year-old self love advice. I’d tell myself: "Ease into things slowly." If you have a piece of cheesecake, you don’t want to scarf it all down at once; you want to enjoy it. The same goes for love — don’t rush. Take time to figure out what you need in a relationship.

OK, so he might not have meant love is like cheesecake in how it tastes, and clearly Sheeran just wanted cake during the interview, but it got me thinking about how different desserts could describe other parts of a relationship.

Sheeran already isn’t too far off in describing love as cheesecake. It’s not for the immature palette. It comes in a variety of flavors and sometimes with crunchy surprises. There’s a balance of a creamy custard-like filling with a savory, satisfying crust at the bottom which you need to work down towards. Love isn't too far off from cheesecake, and actually desserts can describe a variety of relationship milestones.

Your First Fight Is a Yogurt Parfait

Or in Mindy's case, froyo. It's disappointing — does anyone ever crave a yogurt parfait? Because you're lying — but it's good for you.

Your First Date Is Hot Chocolate

You could sit there for hours and just enjoy the whole cup slowly, relishing every last bit.

Because it's about sharing. You both haven't seen Game of Thrones so you're determined to catch up on the entire series to see what everyone's talking about, and you'll work at it together.

Talking About the Future Is Bread Pudding

It's all warm and creamy in the middle. It's filling and decadent. You take your time because of how immense it all is.

How did you meet? Was it a corny pick-up line or was it on OK Cupid? Either way, those first initial lines are sweet and addicting like caramel popcorn. You seriously can't stop yourself because each bite is a meeting of butter, sugar, and crunch. Even when you get a bad kernel, it doesn't stop you from grabbing another, because you know that those bad kernels just happen and that another tasty bite will make you forget that.

Saying "I Love You" Is Dark Chocolate

Because it's simple but is the perfect balance of the bitter and the sweet, and is the base for so many excellent desserts.