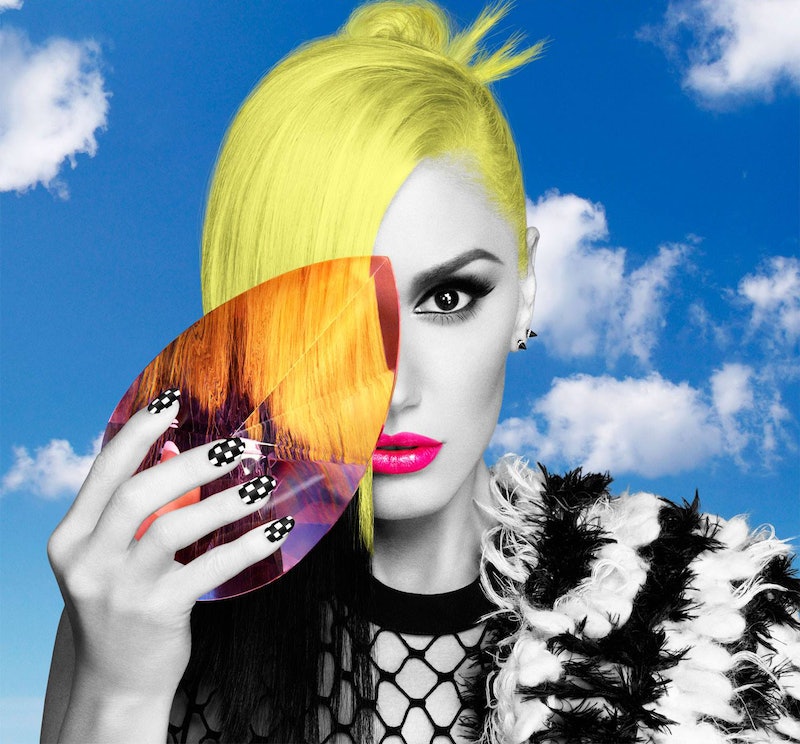 After putting her solo career on hold for almost eight years, she's finally back. On Monday, Gwen Stefani premiered her new single, "Baby Don't Lie," and it's... good. Yeah, it's decent. Overall, I'd give it a B. Trust me, I wish that I had higher praise for the track, which was co-written and produced by Ryan Tedder, Benny Blanco, and Noel Zancanella, but sadly, I don't. Still, I think that releasing "Baby Don't Lie" as Stefani's big comeback single was probably a very smart choice. It's incredibly catchy and easy to sing-along to, and I can absolutely see pop radio eating it up. "Baby Don't Lie" is a nice, safe way to reintroduce (or, in some cases, introduce) Stefani after her break — no more, no less.

My major issue with "Baby Don't Lie" is that it just isn't very unique. Both of the song's verses are essentially the same, and for the most part, it's missing Stefani's unique personality. On the first verse (after giving a sly nod to "Hollaback Girl" — I see you, Gwen), Stefani sings:

We've been walking down this road for some time

But there's something behind those eyes, those eyes

From there, the track bursts into its ultra-catchy, repetitive chorus:

I don't wanna cry no longer

If we ever give up, then we're gonna die

Look me in the eye, baby don't lie

The song's bridge is probably where we get our biggest "dose" of Gwen, but unfortunately, it's just not enough. I want more! No, "Baby Don't Lie" doesn't really come close to the quality of Gwen's two previous lead singles, "What You Waitin' For?" and "Wind It Up," but it's not a bad song by any means. In fact, I haven't taken it off repeat for a couple of hours now (like I said, it's just that catchy). With any luck, "Baby Don't Lie" will become a big hit for the 45-year-old mother of three and she'll be able to take a few more risks with her next single. In the mean time, I'll continue to enjoy "Baby Don't Lie" for what it is — a solid return by one of my favorite artists.

According to Billboard, Stefani's upcoming third solo album is slated for a December release.