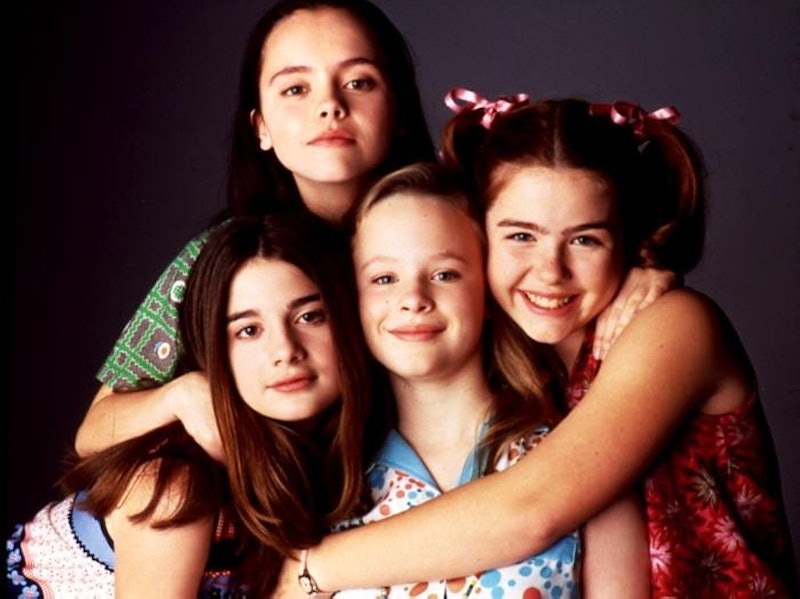 There have been many films to grace the silver screen throughout the years, but none of them do a better job of encapsulating the importance of friendship better than the 1995 classic Now and Then . Sure, there are some people (probably men) who from the outside, view the movie as just another chick flick, but really, it was about so much more than that. Not only did the film center around the general teenage struggles that come with growing up, but it also embodied a sense of female empowerment that still resonates with me even today. Through family troubles, hardships, break ups, baby births, and everything in-between, these girls were there for each other no matter what — even after years of being apart. Why? Because some friendships are special and meant to last forever.

It's a beautiful sentiment and one that applies just as much now as it did back then when it first came out, which just so happens to be exactly 19 years ago. (Luckily, I haven't aged a day.) So in honor of that fact and the sacred bond of friendship, let's get in touch with our nostalgic side and take a look back at all the important life lessons Now and Then taught us during our youth. Whether you were a Roberta or a Chrissy, a Samantha or a Teeny, odds are this bond of sisterhood made quite the impression on your childhood. All for one, and one for all!

Sex and Gardening Are Definitely Two Different Things… Or Are They?

I still to this day can't look at a watering can the same way. (Metaphors: making a health teacher's job more difficult since 1995.)

No matter how hard you try (or how much duct tape you use).

Bike Riding With Friends Is Actually the Best

Don't tell me you didn't get a group of your friends together and blast "Knock Three Times" from your bike radio immediately after seeing this. Bonus points if your bike had a bell.

Your First Kiss Could Happen at Any Time

And with someone you'd least expect. (But that won't stop it from being absolutely perfect.) #DevonSawa4eves

In fact, they can easily be turned into jam sessions.

Girls Can Kick Some Ass

Especially when provoked by douchebags who don't think girls can play softball.

Because with your friends by your side, you can face anything.

Pudding Can Be For More Than Just Eating

Red Rover Is the Greatest Game Ever

If you haven't tried this at least once you are seriously missing out. The chant alone makes it all worth it.

Because Some Bonds Can Never Be Broken