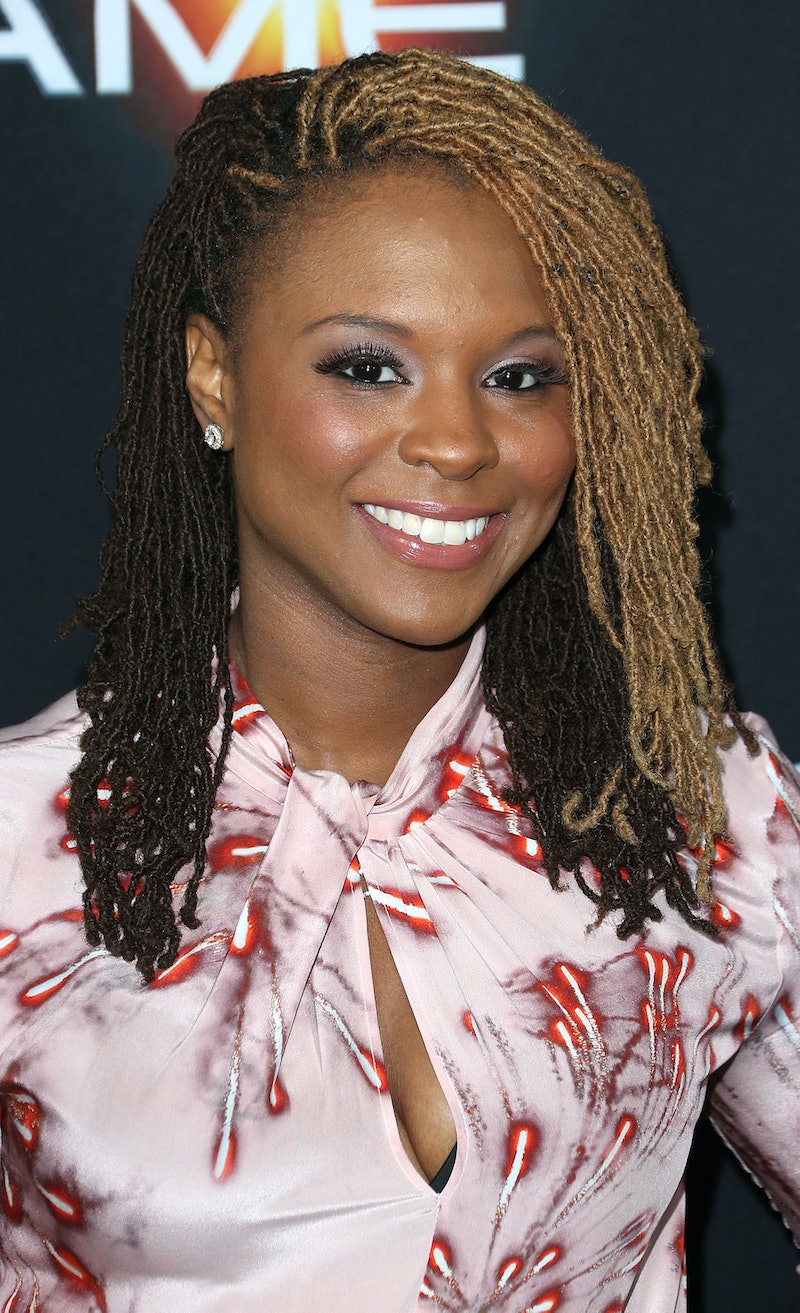 Even though it's shot like a reality show, stars real actors, and is (loosely) inspired by their real marriages, The Real Husbands of Hollywood has nothing to do with real life. It's a scripted comedy spearheaded by creator and star Kevin Hart, who takes inspiration from his recent divorce, just as he's always detailed his marital woes in his standup. Kevin Hart's ex-wife, Torrei Hart, doesn't have anything to do with The Real Husbands of Hollywood, but she does have her own TV series. She stars in Atlanta Exes , an actual reality show on VH1 about the ex-wives and ex-girlfriends of famous athletes and performers as they navigate life in Atlanta.

Torrei and Kevin have been divorced for over three years now, and she seems to have accepted that he still loves to talk about his love life in his comedy. She even offered to let him use her actual name in the show, but he declined and decided to use the name "Bridget" instead.

Torrei is pretty generous about their time together — apparently they had a very satisfying sex life — and she admits both she and Kevin got up to some "crazy" behavior that ended their marriage. Together, they worked through Kevin's first few years as a shoe salesman and struggling standup, and separated after seven years of marriage. Their only major disagreement comes from their breakup. Torrei claims that Kevin cheated on her with his current fiancé, Eniko Parish, while Kevin took to Twitter to dispel that claim.

He feels pretty strongly that that's not the case. But Torrei does have something of a point — Kevin has talked in a lot of his standup about cheating on his wife, the struggles of not cheating, the other women he's slept with… you can't blame her for assuming that he was playing fast and loose about the boundaries of their marriage.

But these days, Torrei isn't spending much time thinking about Kevin when she has her own projects to do. Her comedy YouTube channel, PrettyFunnyFish, hasn't been active for a year now, but she's currently filming a role in the movie Yanks .

And she's comfortable working in unscripted TV as well — in an interview, she said she'd be open to having her own reality show about her family. Her two children, Heaven and Hendrix, are totally camera-ready, and she has a new boyfriend, Reno Rankin, who's also her manager. Together, they've formed a whole new family that doesn't need Kevin Hart (or The Real Husbands of Hollywood) to bring the funny.