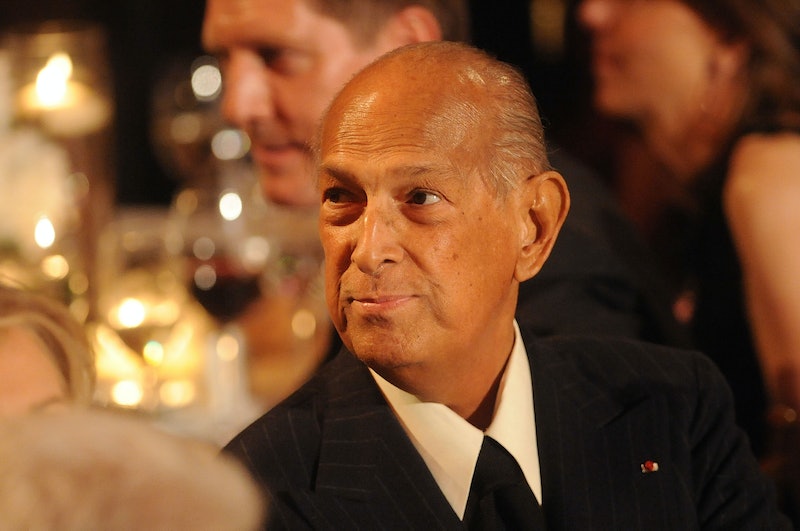 Iconic fashion designer Oscar de la Renta has died at the age of 82, according to ABC News. The beloved designer was diagnosed with cancer in 2006, however the cause of death has yet to be reported. De la Renta is famous for adorning some of Hollywood's most famous faces. And most recently, the designer dressed Amal Clooney nee Alamuddin for her wedding to George Clooney last month.

De la Renta was born in the Dominican Republic, leaving his home at the young age of 18 to study painting and art in Madrid. Later he would land a job with Lanvin in Paris.

But the legend also impressed the fashion world with his ability to dress politicians and people outside of the entertainment and fashion limelight. In the early 1960s Jackie Kennedy frequented his designs, giving him the ability to launch his own line later that decade. Since his iconic debut, he's dressed many important politicians' wives and female politicians themselves, from Betty Ford and Laura Bush to Nancy Reagan and Hillary Clinton.