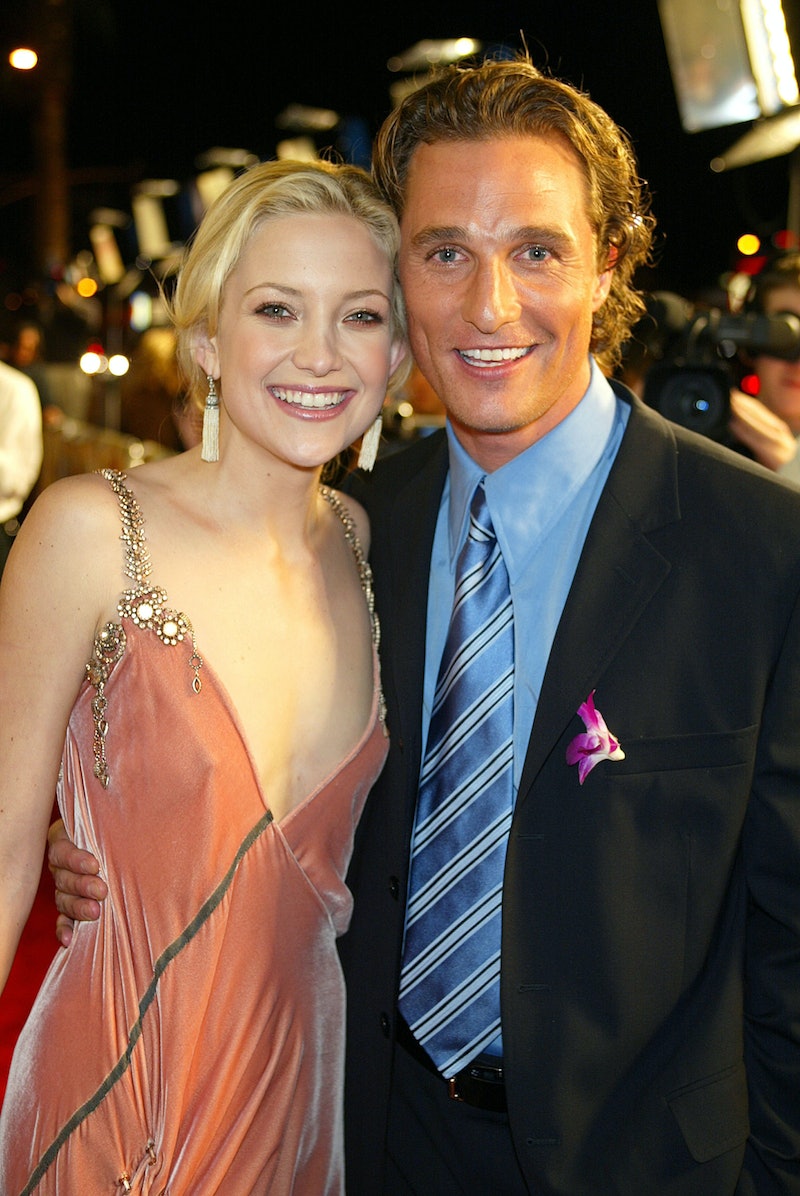 Now that the McConaissance is showing no signs of stopping, Matthew McConaughey is defending his romantic comedy roles. Although he hasn't touched a rom-com since Fool's Gold in 2008, he doesn't liken the genre to an "easy" task (though, perhaps, easier than dropping 38 pounds for Dallas Buyer's Club or starring in True Detective).

"These things aren’t easy. What’s hard is to make them look easy. Those kinds of movies are what they are. They get pooh-poohed by critics. They get pooh-poohed by actors themselves. And in a way I get it, but in other ways it’s completely unfair," he told GQ. "Some of the shoots were very difficult, with me trying to fight for the balls on the guy."

In a way, McConaughey means that almost literally. He continued, saying, "a lot of times the male is somewhat emasculated, meaning he has to crawl back and say, 'I’m nothing without you. If you don’t take me back, I’m nothing.' And I was always like, 'What girl wants that guy?' I’ve got no problem saying, 'I’m sorry. You want to give this another shot?' But I’ve got to come back with some integrity — even if it’s on a moped with a veil on my head."

Speaking of mopeds, what better way to celebrate McConaughey celebrating rom-coms than a look back at his best moments? Obviously, I mean the motorcycle scene from How to Lose a Guy in 10 Days, the movie I must stop and watch every time it's on TV. Here are four of the best, excluding the cheesy end scene because that's just too obvious.

This was the moment that we all realized Andie and Ben are really in love and it's not just an act or about winning a bet. They just don't make rom-coms like this anymore.

Krull the Warrior King will come out and play.

This is more about Kate Hudson's genius work, but his reactions are just priceless.

Before he stripped in Magic Mike, this is the best thing he ever did onstage.