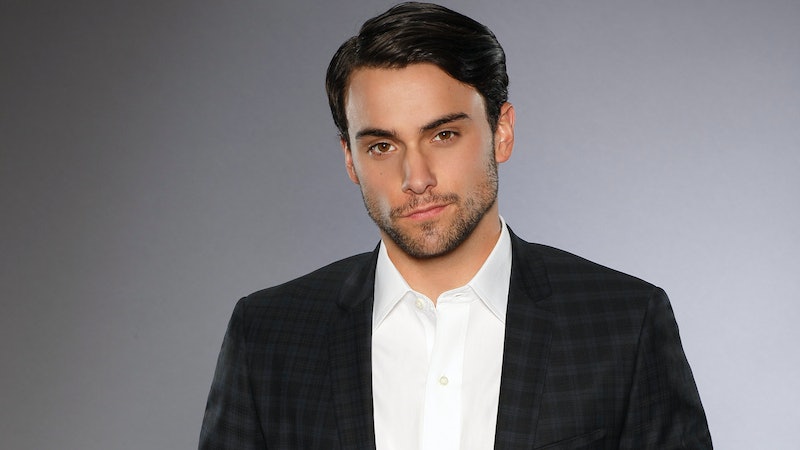 The sex scenes on ABC's new drama series, How to Get Away With Murder, have been causing quite a stir lately — mostly because, GASP, sometimes, they're between two men! The horror. On Sunday afternoon, Murder's executive producer, Shonda Rhimes, skillfully shut down a Twitter user who complained that the show's "gay scenes" are "too much" and "add nothing to the plot" (the latter criticism is especially curious when you consider that many of the show's sex scenes are very closely tied to the plot). Rhimes fired back (emphasis hers): "There are no GAY scenes. There are scenes with people in them. If you are suddenly discovering that Shondaland shows have scenes involving people who are gay, you are LATE TO THE PARTY." Nicely done! Though I personally think that Connor Walsh (played to perfection by Jack Falahee) — the law student on Murder who, so far, has been getting the most on-screen action — is a total creep, he's still an incredibly important character to have on network television right now.

Gay characters aren't new to the network TV lineup by any means, but too often, in my opinion, they are "sanitized" and "divorced" from their sexualities (generally speaking, I would argue that cable series and series on subscription services like Netflix and Amazon Prime are definitely more "evolved" when it comes to their portrayals of LGBT characters). Audiences know that these characters are gay, but they don't often get to see them express themselves sexually, which is, let's face it, just a normal part of the human experience!

Take friends Will Truman and Jack McFarland from NBC's groundbreaking sitcom, Will & Grace, for example. Though both characters are openly gay, during the show's eight-season run, viewers rarely got to see either man in romantic or sexual situations. I'm not at all dismissing Will & Grace's notable contributions to the depictions of LGBT characters on TV (after all, it ended eight years ago and I'm still talking about it), but this is one area where I believe that the show falls short.

Another example of this desexualization is the gay couple from ABC's Modern Family. Cameron Tucker and Mitchell Pritchett are supposed to be in love, and yet, they somehow manage to make it through the entirety of Season 1 (that's 24 episodes) without kissing. Wow. During Season 2, the show's writers, in what has always seemed to me like a lame attempt to explain away the problem, devoted an entire episode to Mitchell's fear of showing affection in public. How terribly convenient. Of course, at the end of the episode, the two men finally kiss, but I think that the whole situation really illustrates that some TV shows are still having trouble fully embracing their gay characters. (I don't watch Modern Family anymore, but I hope that the writers have learned from their early mistakes.)

There are a number of shows on network TV right now that are not afraid to include gay sex or instances of gay intimacy (CBS' The Good Wife and Rhimes' own Grey's Anatomy and Scandal immediately come to mind), but as Rhimes' recent Twitter interaction points out, people are still uncomfortable with it — and that has got to change. It's true: I really can't stand Murder's Connor. To me, he just comes off as this ultra-competitive, totally selfish jerk, and I don't like the fact that he's using (and leading on) a really sweet guy who genuinely seems to have feelings for him.

Additionally, did you see the way that Connor was gleefully chopping up that body on last week's episode?? Yeah, there's definitely something not quite right going on there. Still, in many ways, he's a great character to have around. There are real gay men in the world today who are just like Connor: Gay men who have active sex lives, gay men who enjoy sex, and gay men who use sex as a means to get what they want (of course, whether or not the latter practice is "morally acceptable" is for you to decide).

Are Connor's steamy sex scenes used in part as a way to generate water-cooler conversation, the same way that straight sex has been used on TV for years? Probably. But they're also helping to "normalize" depictions of gay sex. In September, Murder creator Peter Nowalk explained his decision to include gay sex on the show to E!:

I knew I wanted to push the envelope, especially with the gay sex. And to me, writing the gay characterization and writing some real gay sex into a network show is to right the wrong of all of the straight sex that you see on TV. Because I didn't see that growing up, and I feel like the more people get used to two men kissing, the less weird it will be for people.

I think that Nowalk is absolutely right. It's so important for people to be able to see themselves reflected in the world around them — whether it be on TV, in movies, in books, or in music. It's validating. It says, "You belong." Network TV has definitely made some important improvements in the last decade or so as far as diversity is concerned, but it's beyond time to push further, to demand more complete, thoughtful, nuanced, and realistic characters from our favorite shows.

Murder's Connor may be helping to advance depictions of gay men on network TV, but what about the inadequate representation of lesbian characters and sex between women? What about bisexual and transgender characters? What about, you know, characters who aren't white?? The list goes on and on. Yes, there's still a ton of work to be done, but I'm glad to know that people like Rhimes and Nowalk are striving to make network TV a better, more inclusive, and frankly, more realistic place.