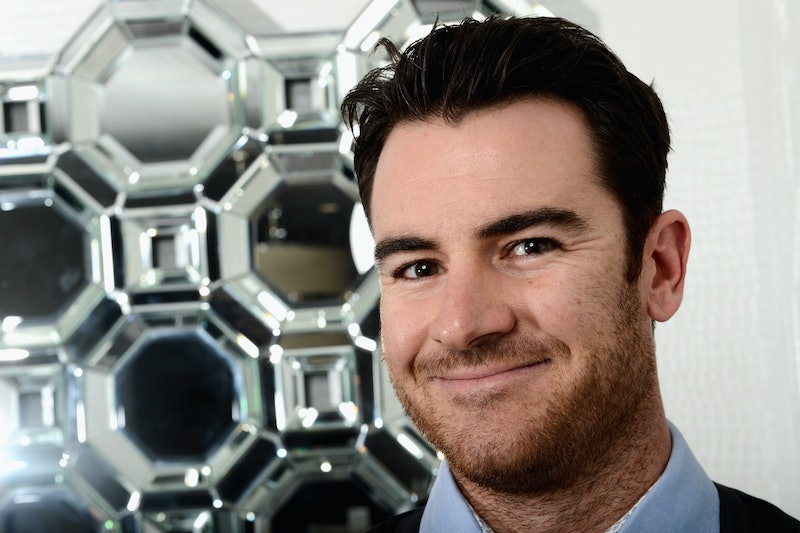 In the latest "hot working actors guest-starring on TV" news, Australian actor Ben Lawson will be guest starring on Modern Family as one of the prospective buyers of the house next door to the Dunphys on Wednesday night's new episode. Lawson is a handsome guy, but he's got a smarmy edge to him that's a little hard to figure out. Like a lot of Australian actors, Lawson got his start on Neighbours, the soap opera that tried to cram as many crazy storylines into one suburb as humanly possible. He played Frazer Yeats, a twenty-something who was subject to all of the usual soap excesses, from his troubled past as a gambler to his fake name (later revealed to be George Brown). It was the first role that proved Lawson is at his best when given characters who have a little something creepy under the surface.

After working his way through two years of Neighbours, Lawson left the show and came to the U.S. to guest star in some American shows. Most of his roles have been pretty generic, good-looking white male in his early '30s parts, a lawyer here, a blind date there. But he did have one memorable role — he played Chloe's one true love on Don't Trust the B in Apartment 23 . He was perfect as her total equal, a con artist who met up with her every year on Halloween so they could play mind games with one another. (Seasonally appropriate R.I.P. shout out to that show.) If only the comedy had lasted long enough for him to have a litany of guest appearances and tons of memorable lines and phrases for me to quote here. Instead, all I could find was this gif, which makes their relationship look very sweet, rather than the meeting of two psychopaths.

Lawson also has an incredibly snarky Twitter feed. Most actors don't write their own jokes, but Lawson could quip his way through an episode of @midnight or two. He's very topical.

An actor who writes his own material. And it's pretty dark material, too. Not dark as in edgy, but dark as in nothing is sacred to this guy. He didn't even like Gone Girl! Lawson is much kinder to his actual costars — for instance, all of his posts about his time on the Modern Family set are very excited and sweet.

Hopefully that means good things for his guest appearance.