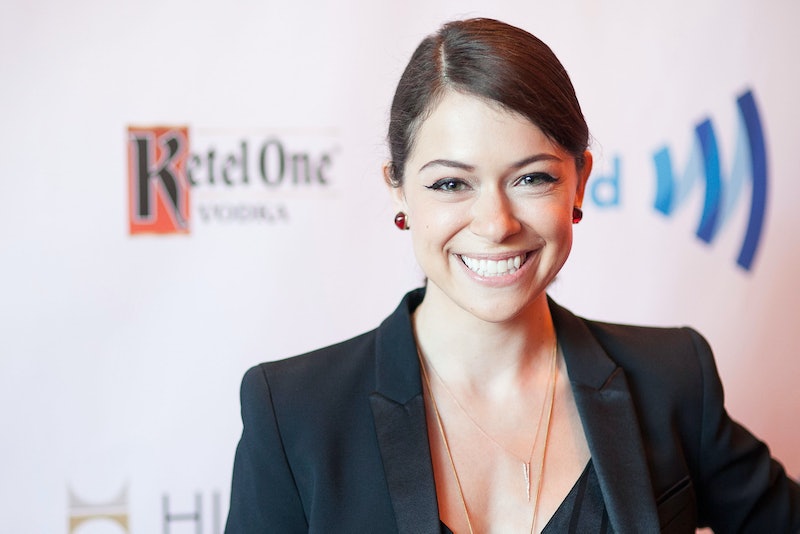 Though Tatiana Maslany is pretty much perfect in the million roles she somehow manages to play on Orphan Black, I'm sure she's pretty pleased by the fact that her next project will only consist of one role — literally only because doing more than one role in a stage production would be pretty difficult. According to EW, Tatiana Maslany will make her NYC stage debut in the upcoming Neil LaBute play The Way We Get By, beginning in May of next year.

LaBute, if you're not familiar, is a big deal in the stage community, so this is a major role — after all, he's the guy behind reasons to be pretty and The Shape of Things (the latter of which turned into a film starring the stage cast, Paul Rudd, Rachel Weisz, Gretchen Mol, and Frederick Weller). His new play, The Way We Get By, will focus on two people who wake up together after attending the same wedding, and their awkward morning after.

Alongside Maslany will be The Newsroom star Thomas Sadoski, who previously appeared in LaBute's reasons to be pretty. The Way We Get By will begin previews on May 12, 2015, and end its run on June 28, 2015.

Gotta say: With this new role, and a whole new season of Orphan Black set for next year, 2015 is already looking amazing for the Clone Club.