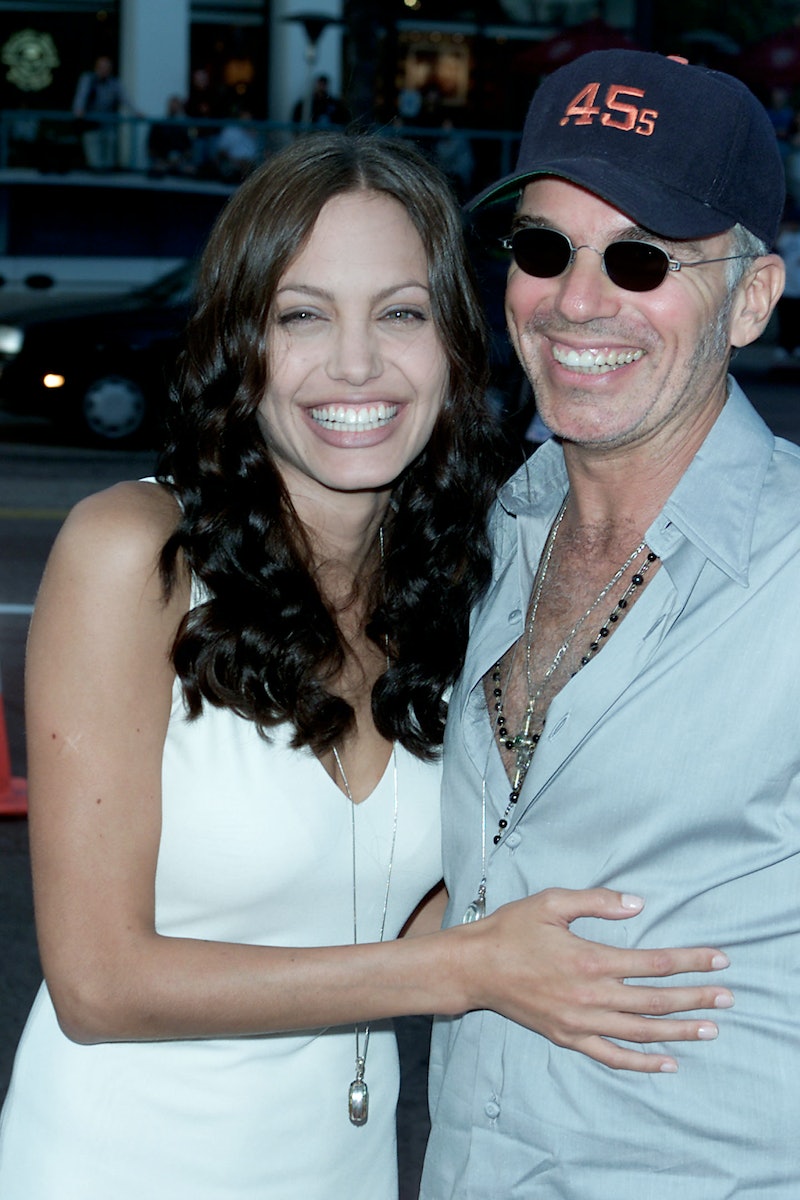 Remember that time Angelina Jolie and Billy Bob Thornton wore blood vials around their necks? Yes, it caused quite the stir, but Thornton is now assuring us that it wasn't about he and his former wife taking on the lives of vampires and dragons. Thorton and Jolie wore the blood vials for a far less sinister reason.

Last week, while speaking at Loyola Marymount University's School of Film & Television, the Oscar-winning actor opened up about the jewelry:

[A] vial of blood is very simple. Angie came home one day with a kit she bought. You know those lockets you buy that are clear and you put a picture of your grannie in it or something like that and wear it around your neck? That's what it was. She bought two of those. We were apart a lot because she's off making Tomb Raider and I'm making Monster's Ball. We were on opposite ends—we see each other for two weeks and whatever.

For Thornton, he didn't see it as crazy or strange, and even joked about the "romantic" gesture:

She thought it would be interesting and romantic if we took a little razorblade and sliced our fingers, smeared a little blood on these lockets and you wear it around your neck just like you wear your son or daughter's baby hair in one. Same thing. From that we were wearing quart jars of blood around our necks. And we were vampires and we lived in a dungeon.

It's always great to see someone, especially a star, be able to joke about a particular situation that people just can't stop discussing. I'm not saying I'd sport a blood vial around my neck anytime soon, but Thornton owns who he is — and just who is that? Someone who is all about honesty. During his speech, he revealed that he believes in telling the truth and wishes others could do the same. As he told the audience, "I think it's your duty to kind of tell people the truth about this stuff and the truth is not encouraged anymore."

Maybe that's why he finally talked about the blood vials and assured us that he and Jolie are not supernatural, mythical creatures lingering in the dark (in case you were worried or were wondering). Whatever the case, we can all learn from Thornton's words of wisdom. As we were all taught when we were youngsters, honesty is usually the best policy.