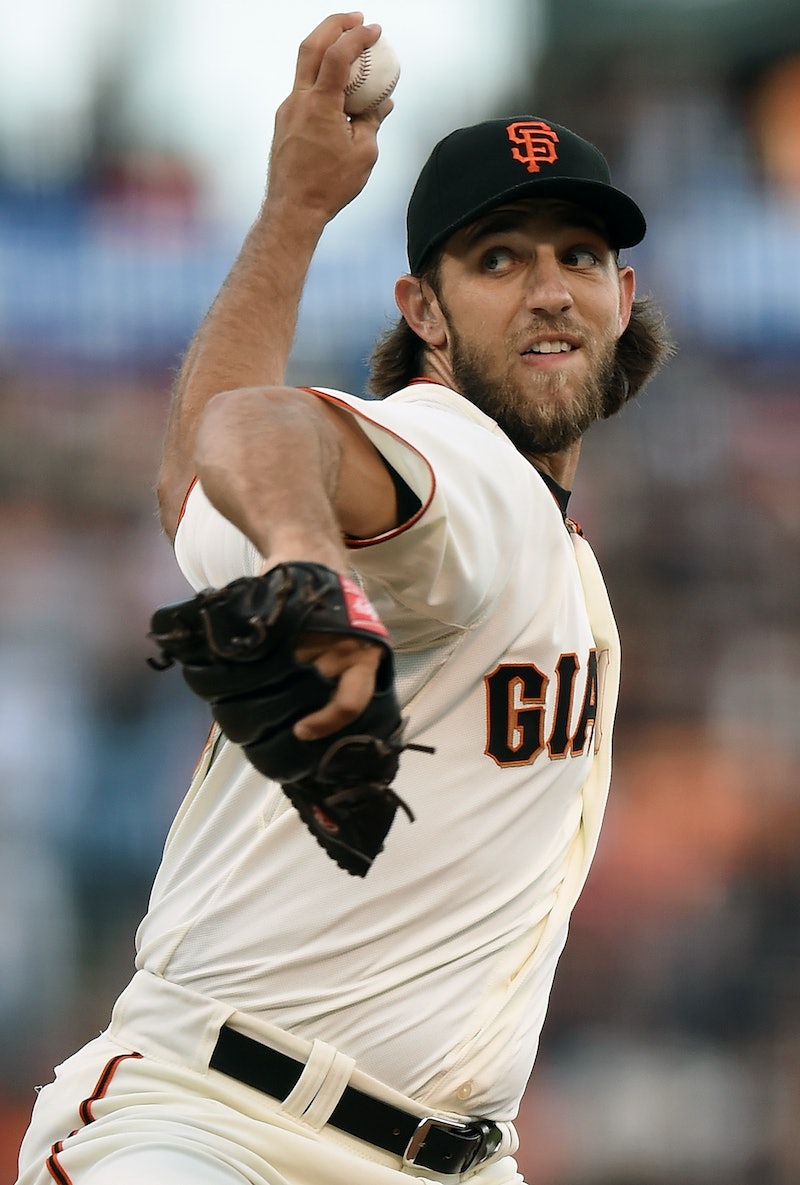 Another year, another World Series. On Tuesday the San Francisco Giants creamed the Kansas City Royals 7-1 in the first game of the Series with help from San Fran's star pitcher Madison Bumgarner, a 25-year-old North Carolina native who has been playing professional baseball since he graduated high school. In the three World Series games he's started in his career, he has allowed only one run. That's pretty impressive, but if you aspire to be a baseball WAG, you're wondering just one thing: Is Madison Bumgarner single?

According to FabWags (naturally), Madison is married somewhat predictably to his high school sweetheart. Ali Bumgarner (neé Saunders), a Hudson, NC native, has been married to the pitcher for four years. What is it with these professional athletes always marrying their high school girlfriends? The two attended South Caldwell High in North Carolina — he graduated in 2007, and she just one year after him in 2008. They reportedly dated for four years before they got hitched at the ages of 21 and 20, respectively. Translation: they've been together since they were young teens. At that age, I don't even think I had one platonic male friend. Different strokes, I guess.

In 2010, the pair made their union official in front of a close group of family and friends. This wedding was a country joint if ever one existed. Madison wore jeans down the aisle, and Ali traded in a traditional wedding dress for a pink gown. Furthermore, Ali received a cow as one of her wedding presents from her new husband. So, is this like a reverse dowry situation?

As FabWags reports, the pair spends the off-season raising horses on their farm in North Carolina. While back home, Ali works as a lifeguard. The couple spends the rest of the year in San Francisco, while Madison trains and practices.

Ali is the only girl in a family of four siblings. Below, you'll find a group picture of her with the whole gang. Given the hot pink dress, I'm thinking this was snapped at her wedding.

Well, you know what grandma always said: never settle for anything less than a professional athlete who invests in cattle.