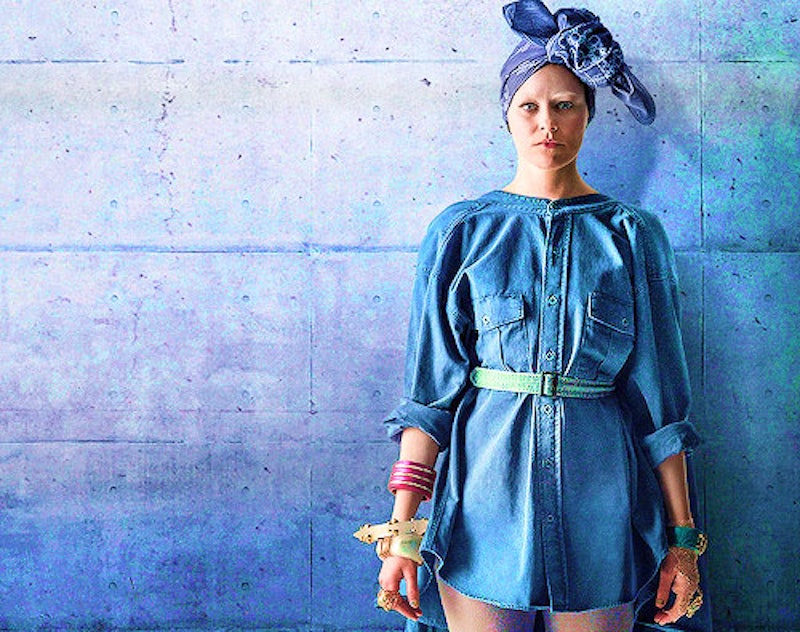 The first part of The Hunger Games' two-part finale hits theaters in a month, and you know what that means: So many TV spots. It's all Mockingjay, all the time, and a there are a whole bunch of new little tidbits and shots and dialogue to parse for clues as to how this adaptation's gonna deal with splitting this particular book in half. One thing we don't really need to parse? Katniss' Mockingjay emotional state. It seems to mostly alternate between "upset and not doing too well with that" and "upset but I'll deal because otherwise everyone will keep dying around me." Which is, you know, understandable.

Katniss has never exactly been in a position prime for envy, and Mockingjay is no exception. She's got kidnapped Peeta to worry about — and the fact that he keeps speaking for the Capitol and asking the rebels to stop the revolution — on top of her own position as the figurehead of said revolution, as well as buttloads of PTSD.

This trailer, like the rest, deals a lot with that in its 30 seconds. But it also shows us something we haven't yet seen in these promos: Effie, giving sage commentary to Katniss and generally being much more present than she was in the book. There's also a sweet scene between Katniss and Prim, in which Prim tries to get her big sister to confide in her and maybe lessen the burden of some of Katniss' demons. In case you were wondering, these aren't gonna be a super cheerful couple of movies.