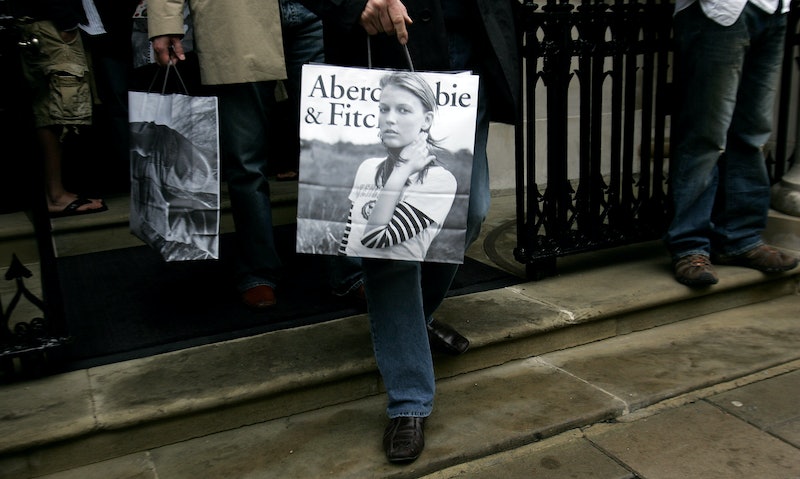 More infographics provided by Abercrombie & Fitch to their store assistants were unveiled Tuesday, proving once more that being paid to look effortless requires a hell of an effort.

On the heels of leaked infographics showing store employees how to roll their cuffs, pull up their jeans, and pop their collars, we now have this gem: a "Hairstyle Sketchbook" manual that bans any sort of color-clashing hairstyle, "extreme" haircut, or poor "bleaching method."

Alongside the instruction sheet, we also have a introduction to perfect Abercrombie nails, which "should not extend more than 1/4 inch beyond the tip of the finger," and a steadfast ban on facial hair and tattoos — unless they "represent the Abercrombie look."

The company's lucrative "effortless and natural" aesthetic (which has won them millions of customers and a dozen lawsuits) has been under fire by, well, everyone, for quite some time. Ex-employees have sued Abercrombie for: hiding them from customers because they're missing an arm; firing them for wearing a hijab; and paying males a premium for walking around topless. A&F's CEO famously put it this way in 2006:

The comments re-emerged and prompted a backlash last year, but Abercrombie's ethos was firmly in place long before CEO Mike Jeffries said a word. As early as 2004, Abercrombie was sued for discriminating against African Americans, Latinos, Asian Americans and women — all of whom were turned away for not being quite "right" to work in the store.

But how hard could things be for the company's store assistants, who have already been deemed "appropriate" enough to work there? Um, try this...

It goes on. Believe us, it goes on.

And there's absolutely no smiling until you're "ready."

Abercrombie has recently suffered a slash in sales by more than 10 percent, a trend which, to be fair, has also been seen across the board by preppy teen-demographic retailers like Aeropostale and American Eagle. BuzzFeed reports that the drop has prompted an even tougher stance regarding the company's "Look Policy Guidelines."

We dread to think what that entails. A ban on BlackBerries? Elimination tribunals after someone eats one too many Twinkies? Recently, the company has tried to play the humanitarian card, focusing on its efforts of "diversity, human rights, philanthropy and sustainability," but that's sort of like when McDonalds tries to play the "healthy" card.