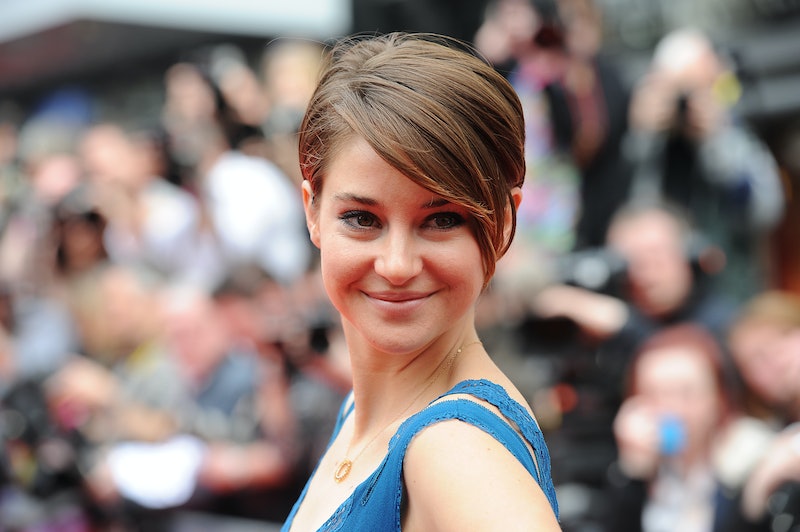 When the first batch of leaked nude celebrity photos hit the interwebs many moons ago, I thought it was a hoax, and Shailene Woodley's indie White Bird in a Blizzard is why. Mixed in with nudes of celebrity starlets was a still from Shailene Woodley's Sundance offering, White Bird, where she appeared nude in front of a mirror. Having seen the film months earlier, I recognized the image as part of the film. This isn't a leaked photo scandal — I thought. Sadly, I was wrong. And while Shailene Woodley did agree to appear topless in the film, it was not to be ogled by the internet's peeping Toms.

White Bird in a Blizzard surrounds 17-year-old Kat Connors (Woodley), who is trying to navigate her own sexuality as a teen in the 1980s, when a wrench is thrown into her development as her mother, played by Eva Green, disappears.

Shailene Woodley spoke to Bustle, along with other members of the press, about her role in the Gregg Araki directed film at a conference for the film on Monday. And her nude scenes were an inevitable topic of conversation.

"My opinion is that intimacy is a natural part of being a human being. Especially when you're young, you're exploring that part of yourself for the first time," she said. "I think a lot of films that have young people in them don't often explore that factor for various reasons. But I do love Gregg's films in that way. Because they are truthful and they're daring. Especially this one."

So why go nude? The answer, for the 22-year-old Divergent star, is simple: "I felt like it was very truthful. I feel like it lent itself to this movie. It wasn't exploitative. There's nothing that bothers me about seeing people have intimate scenes in films. The woman has clothes on, has full makeup, and the man has boxers. That's just not how it works."

White Bird in a Blizzard hits theaters Friday, October 24. Watch the trailer for the film below (although in my opinion, this trailer contains some major spoilers, so watch at your own risk):