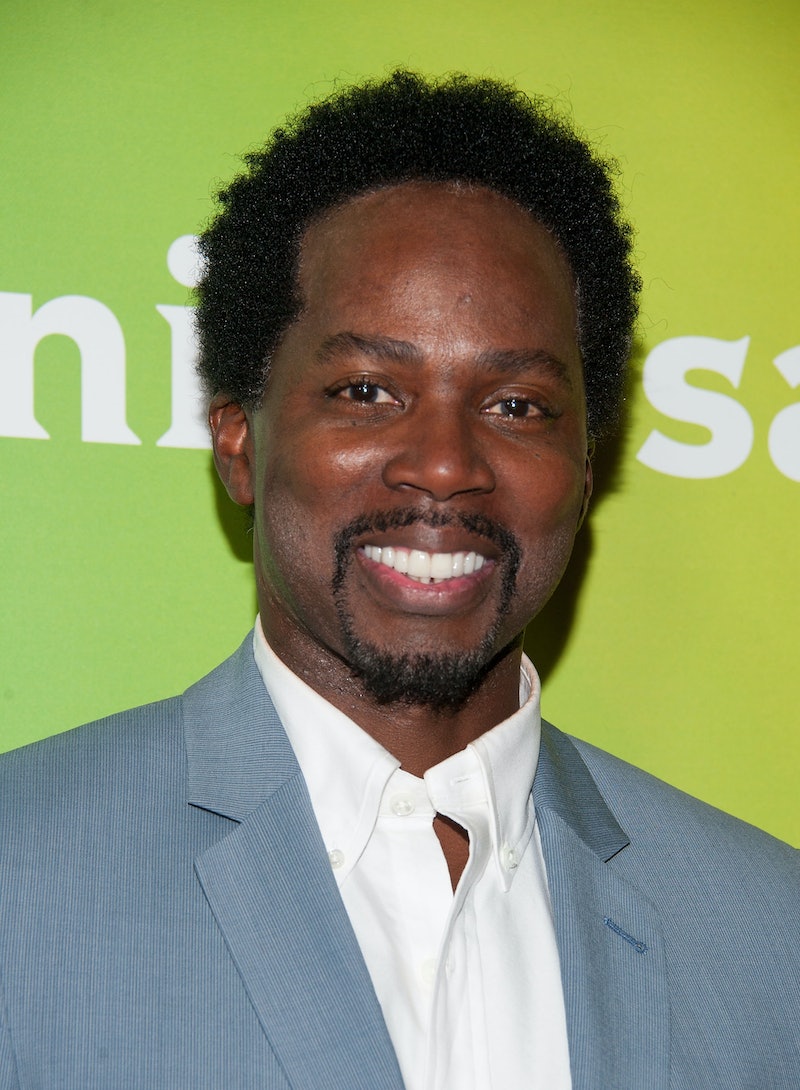 Everyone is getting in on the superhero craze. We've got Arrow and The Flash on The CW, Gotham on Fox, Agents of S.H.I.E.L.D. and soon to be Agent Carter on ABC. Even Netflix will be getting in on the trend. However, the latest addition to the small screen supers is Constantine, which premieres Friday Oct. 24 on NBC. Based on the DC Comics character, Constantine is about a detective who must fight off demons and solve crimes for the occult. There's some exorcism. There's some accidental banishment to Hell. It's a whole thing. There is also Manny, played by Lost actor Harold Perrineau.

The main character of John Constantine was created by Alan Moore, writer of V For Vendetta and Watchmen, so you know this is going to be dark. However, the new series does boast a stellar cast, including Perrineau. According to Deadline, Perrineau's character Manny is "an authoritative angel assigned to watch over Constantine who has the power to step into other people’s bodies." Sounds a little bit like Quantum Leap, or Ghost. Am I dating myself with those references? Moving on.

Perrineau is probably pretty familiar at this point. He has had such a lucrative career that most people are likely to recognize his face for completely different places than their neighbor. Perrineau's first screen credit was as a dancer in the television show Fame — he studied theater and toured with Alvin Ailey before pursuing film and television, where you are sure to have seen him before, saying things like...

As far as network television goes, most folks will recognize Perrineau as Michael Dawson from Lost. He was one of the survivors from Oceanic Flight 815 who was just getting to know his kid. Talk about a unique bonding opportunity. Unfortunately, the character became a little infamous for running around the jungle yelling "WALT!" after the boy was taken by "The Others" at the end of the first season. Still, I think Michael was a great character and should be remembered for more than just his mournful screams.

Perrineau also played Augustus Hill on the HBO prison-set drama Oz and guest-starred on Sons of Anarchy in Season Five as Damon Pope, the main villain. He's also no stranger to comics, having voiced the title character of Marvel's animated series Blade.

"A plague on both your houses!"

Your friend who won't stop singing the "Elephant Medley" from Moulin Rouge and made you shell out the extra bucks for a 3D ticket to The Great Gatsby will instantly recognize Perrineau as Mercutio from Baz Luhrman's 1996 Romeo + Juliet. Though, you don't necessarily have to be a Luhrman fan to appreciate his interpretation of the character. It's one of the best. This wasn't his only on-screen turn with Shakespeare, either. He was also in a 1998 TV movie of The Tempest with Peter Fonda, John Glover, and Katharine Heigl. Wild!

He is a box office star as well. You probably know Perrineau from The Best Man and last year's The Best Man Holiday, where he plays Julian. The franchise has a third movie, The Best Man Wedding , coming out in 2016, which is pretty cool considering The Best Man came out in 1999. The actor was also in The Matrix trilogy as "Link" and starred in the zombie sequel 28 Weeks Later. You can't typecast Perrineau, apparently, so I'm really looking forward to what he serves up next on Constantine.