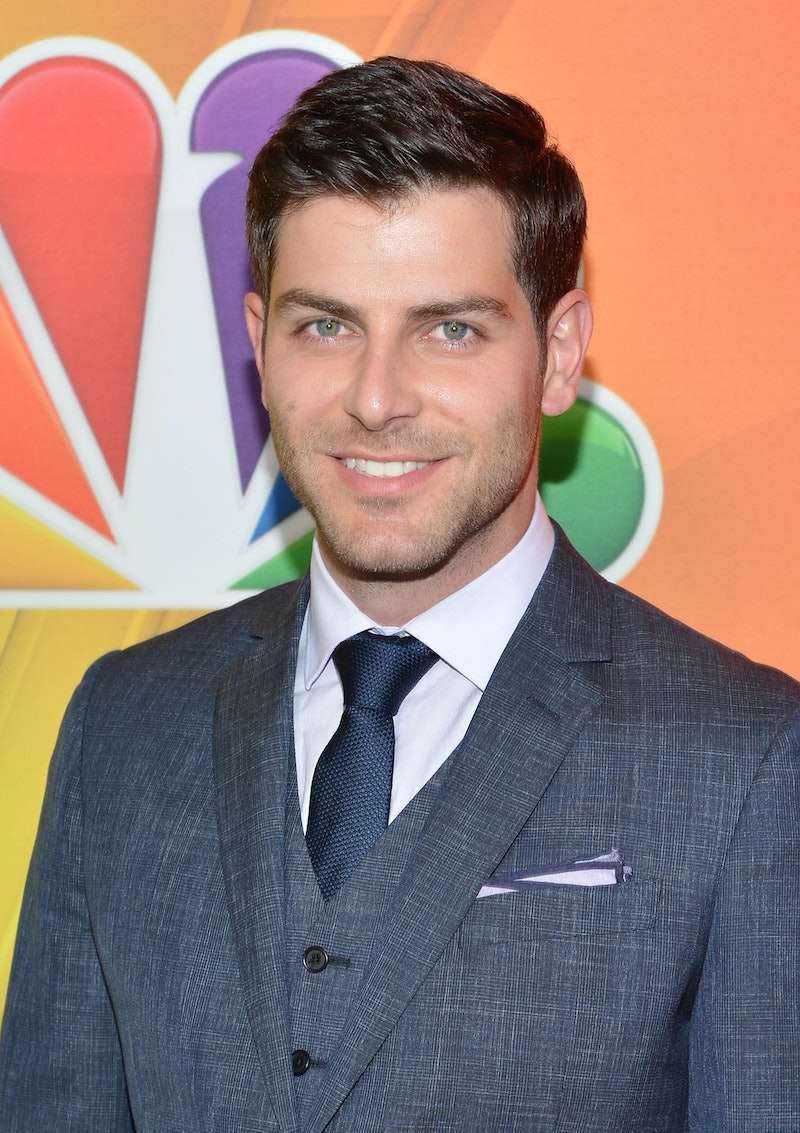 At the end of last season on NBC's Grimm, supernatural Portland Homicide Detective Nick Burkhardt found himself in quite a sticky situation. He lost his powers and he slept with Adalind thinking she was his lady love Juliette. Uh oh. That should make Grimm's Season 4 premiere, which airs Friday night, quite an experience to behold. But while Nick has his veterinarian girlfriend, who is his portrayer, hunky actor David Giuntoli, dating? Well, there have been no recent reports about the St. Louis native's relationship status, so it's hard tell to tell if Giuntoli is a super private guy, or just doesn't have a special woman in his life right now.

In July, Glamour featured Giuntoli in their "On a Date With..." series of articles and he said, "I have to leave everybody guessing. I may or may not be in a relationship. Who knows?!" Darn. It's understandable if Giuntoli wants to stay private, he's actually been living in the public eye for a while. He got his start on reality TV as a contestant on MTV's Road Rules: South Pacific in 2003. He went on to win Real World/Road Rules Challenge: The Gauntlet later that year, before deciding to pursue acting full time.

Though Giuntoli is keeping his relationship status under wraps, he has been public about what he looks for in a mate. Here are the top three things the 34-year-old actor is looking for.

While Giuntoli doesn't exactly have a so-called type, he did admit to Glamour that his girlfriends do have had some qualities in common: "I like girly girls who have their s**t together, and also girls that are very organized and smart." This helps a lot, because sometimes the actor is a scatterbrain with such a busy schedule. One time, a woman he was seeing got his car washed for a big meeting and it totally won over Giuntoli. Hopefully he'd do similarly kind things for anyone he's dating in return.

He doesn't believe in fairytales

Despite his role on a fairytale-centric show, Giuntol isn't that big into those famous stories. "To be honest, I never really read them," he told the Huffington Post. "I wasn't well-acquainted with them beyond the sanitized Disney versions that we've come to know.But I've always been a fan of getting scared, and I think Grimm is a show where you have a bit of humor, some crime-solving and an added element of fear."

He does want to get married & have a family

At 34, Giuntoli can definitely hear his man-biological clock tick-tick-ticking away, but as a child of divorce, he is extra cautious to make sure he gets married to the right gal. "I’d like to have a puppy before I’m 40. I definitely want a family," he told Glamour. "Ideally I’d have one now. Getting a job made me really consider it more. I never thought much about having a family until I could support one. Once Grimm came along, I’m like Mr. Family Magoo."

He sounds like quite the catch! So to any fans out there, good luck getting to Giuntoli before he's off the market.