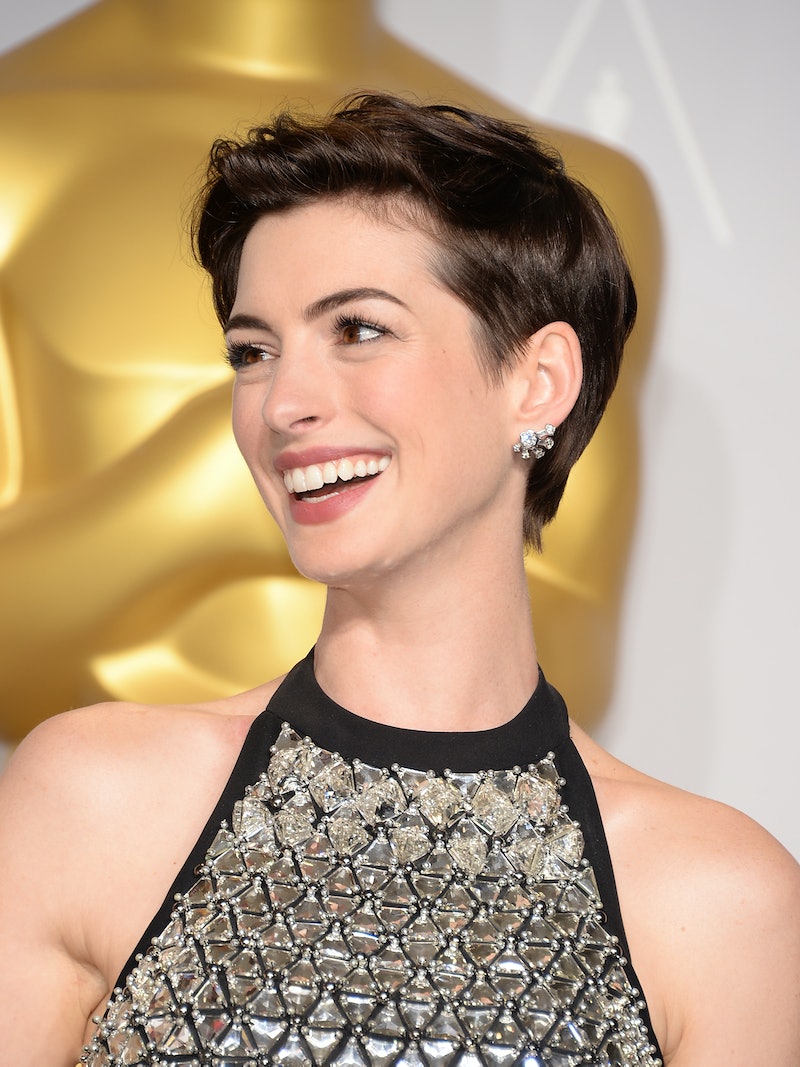 Some people can go all out throwing back shots, dancing till dawn, and waking up the next morning feeling like P. Diddy. Some people are just that hardcore. Then there are the people who can show up to the party the next day, mistakenly think that they are actually early, and then feel mortified at the mishap. The latter will probably happen to me someday, but luckily, that story isn't mine. It belongs to a certain dorky Oscar winner. Anne Hathaway went to a party at Matthew McConaughey’s home once and she shared the rather embarrassing story during last night’s American Cinematheque tribute to him.

Hathaway said that she and her husband, Adam Shulman, became friends with McConaughey while she was shooting Interstellar with him, so naturally the actor invited the couple to a party at his L.A. home. That's what happens when you make friends.

“My husband and I drive up. It’s a Sunday. It’s a beautiful day," Hathaway said. "There are no cars around and we thought, OK, we’re on time. We’re on time for once. Matthew goes, 'Yeah, you gotta come in. Matthew turns around, again [with] a smile and goes, 'that party was last night.'"

This just goes to show what a hospitable host McConaughey is to keep a party going the next day for two very late guests. I'm sure there were odds and ends to fish out of the pool and popcorn crumbs to vacuum up from the carpet. Then again, it's not very surprising from the laid back man who replies "alright, alright, alright" to about just everything: winning an Oscar, agreeing to marry a beautiful human, etc. Maybe McConaughey is just used to party stragglers?

“That glass of wine lead to the first bottle," Hathaway added. "I stopped counting after four and then I went with [him] to someone’s surprise birthday party that night.. [He was] so good to me and Adam."

See? Some people can go hardcore, party till dawn, and then go to another party the next day. Those people are called Matthew McConaughey. Then there are those who will one day, hopefully, get the day right for a party. For now, we call that one person Anne Hathaway.