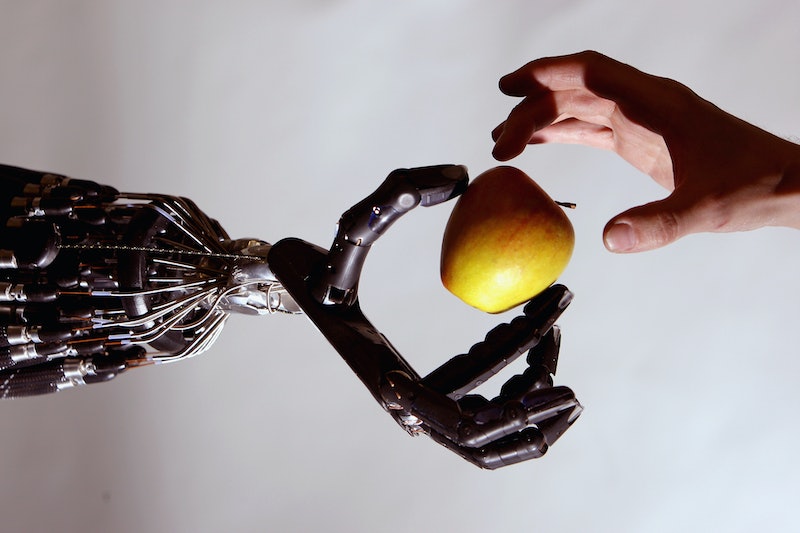 If there's anything the world needs right now, it's an easy, magic fix to the Ebola crisis — something akin to, say, an Ebola-fighting robot that could deal with the virus without putting humans at risk. This is in fact just what scientists are planning on making (or at least, talking about making) at an event co-hosted by the White House Office of Science and Technology Policy which begins early next month. But they say it could be years before these robots exist.

On November 7, scientists will be convening in four places: Washington; in Worcester Polytechnic Institute, in Massachusetts; in the Center for Robot-Assisted Search and Rescue (CRASAR) at Texas A&M; and in the University of California, Berkeley. Their aim? To discuss how to create a robot that might really aid in the battle against Ebola, bearing in mind what health practitioners need on the ground. Said Director Robin Murphy to Computerworld:

The workshop is for us to shut up and listen to them [doctors].They'll talk about what they need and then we can talk about what we can offer... What can we do in the next few months and then what do we need to do in the longer term? What should we have five years from now?

Murphy and her team have already come up with several possibilities that could radically change the way Ebola is handled. In a blog post she wrote recently, she suggested "telepresence robots" — robots that would just be there to give information and advice to practitioners who maybe haven't handled the virus before — and waste-handling robots that could safely get rid of the highly infectious waste produced by patients.

Another possibility? A mortuary robot, that could safely bury patients who die from the disease — another task that carries with it a high risk of infection for humans. And this one already exists: as Patrick Tucker of Defense One points out, Tokyo's Robokiyu Rescue Robot does just that. It swallows you up, slowly — terrifyingly but, yes, safely — and moves you out of the way.

Understandably, though, people might not necessarily want machines handling their deceased loved ones (especially when the machine looks like that). And there are other issues, too; most notably, there's still a fundamental gap between what's needed and what the robots can actually do. As Gill A. Pratt, a roboticist who is a program manager at the federal Defense Advanced Research Projects Agency, explained to the New York Times.:

As was the case in Fukushima, the Ebola crisis in Africa has revealed a significant gap between robot capabilities and what is needed in the realm of disaster relief and humanitarian assistance.We have a moral obligation to try and select, adapt and apply available technology where it can help, but we must also appreciate the difficulty of the problem.

Added Taskin Padir, an assistant professor of robotics engineering at Worcester Polytechnic and an organizer of one of the meetings, also to the Times: “You see the situation that the medical teams are facing, and I don’t even know if a robot is a solution."

Still, with the Ebola epidemic continuing to spread — over 4,500 people have been killed by the virus, the vast majority of them in West Africa — I'll be keeping my fingers crossed that the robotics teams can come up with something, anything, that might help.